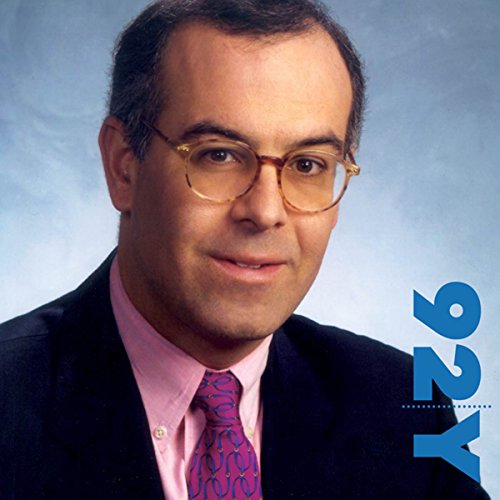 David Brooks on Anti-Semitism and Power

Prolific New York Times analyst David Brooks - ostensibly a conservative - has built a reputation around his nuanced take on society and culture - his tendency to blur the lines of partisan politics. On the issue of fighting anti-Semitism, Brooks’ opinions are, likewise, fluid, having evolved over time. In this 92nd Street Y seminar, the Jewish commentator admits he wasn’t particularly concerned with anti-Semitism in the years prior to 9/11, viewing it as a brand of prejudice on the wane. Unfortunately, Brooks’ opines, the tides have turned since that tragic day in 2001. Here Brooks reflects on growing anti-Semitic sentiment in Middle Eastern electoral politics, as well as 21st-century security threats faced by the U.S. and Israel, including the increasing likelihood of a nuclear-armed Iran.

David Brooks shares his views and raises awareness on new forms of anti-Semitism and anti-Americanism, while addressing issues of bigotry and contemporary discrimination. Presented in cooperation with the Simon Wiesenthal Center in memory of Dorothy Gardner Adler.

What listeners say about David Brooks on Anti-Semitism and Power

. . . all of the conservatives in this country were as introspective and intelligent and possessed the intellectual curiosity of David Brooks, I believe that people in this country would get along much better. The same is true of course, of the country’s liberals as well.
I’m always impressed and grateful for Brooks’ compassion and fairness and each time I encounter him wonder, as he must, where all the true Republicans have gone.

Waste of time. Very superficial and hurried. Over rated. Not recommended for serious student of the subject.