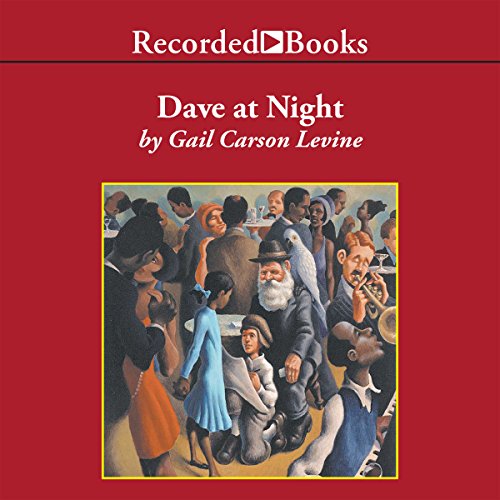 Dave's carefree life of pranks and stickball in his Lower East Side New York neighborhood ends the day his papa dies. No one wants the 11-year-old rascal, so Dave is shuffled off to the Hebrew Home for Boys, aka the Hell Hole for Brats. There he must contend with a brutal headmaster, bullies, freezing rooms, and institutional slop to eat - all on top of his personal losses. But at least Dave is not alone.

The boys in his class are buddies who look out for each other, and soon Dave meets some friends on the outside. Still a rascal at heart, Dave sneaks out of the orphanage at night. There he meets an old gonif named Solly who becomes his guide to the magical, jazz-filled nightlife of the Harlem Renaissance. Solly's Yiddish and the engaging dialogue that color Dave at Night make it a natural for audio.