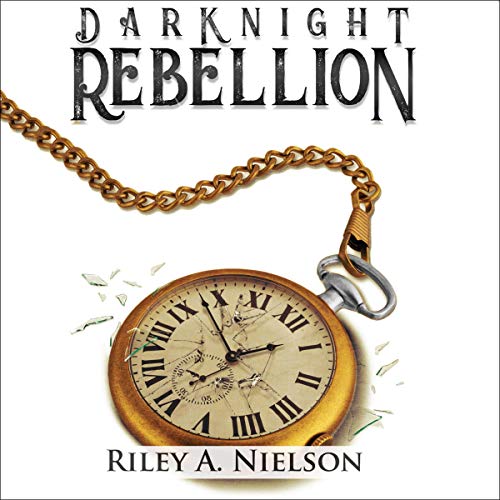 By: Riley Nielson
Narrated by: David Sweeney-Bear
Try for £0.00

In a floating realm of airships and steam, a hero will rise…quite literally.

Resolved to solve the mystery of his uncle’s death, 18-year-old Nikolas Scribus commandeers his grandfather’s airship and sails through the skies to bring his uncle’s murderer to justice. But his journey isn’t easy, as he has to find favor with forgotten friends, pontificate with pilfering pirates, put up with prideful protectors, and avoid falling in love with a furtive female. (Not to mention get involved in a coup that plans to take over the city before the end of the week. It’s a lot to do by anyone’s pocket watch!)

All the while, a mysterious monster named Blackout, known to destroy entire cities in a single night, is threatening to break free of the protectors’ control and wreak havoc on the realm.

Will Scribus survive long enough to find his uncle’s murderer? What will he do when he confronts the person responsible for his uncle’s death? The sky’s the limit in Darknight Rebellion.

Warning: This book does not feature a "happy" ending as it isn't the end. It is one of 13 books under development following 13 characters. Enjoy!

What listeners say about Darknight Rebellion

well narrated story that almost world, but character motivations are just too random and unexplained to make proper sense.