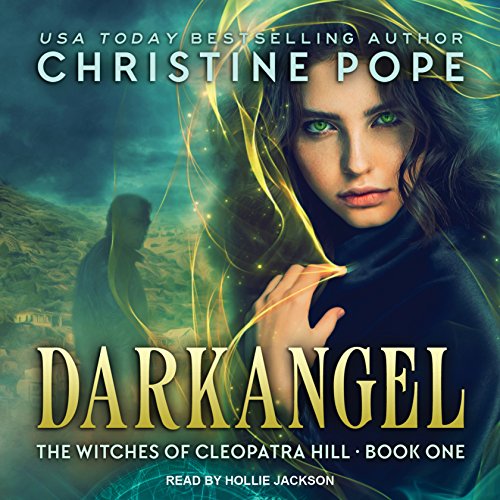 As the future prima, or head witch of her clan, Angela McAllister is expected to bond with her consort during her 21st year, thus ensuring that she will come into her full powers at the appointed time. The clock is ticking down, and her consort has yet to make an appearance. Instead, her dreams are haunted by a man she's never seen, the one she believes must be her intended match. But with time running out, and dark forces attempting to seize her powers for their own, Angela is faced with a terrible choice: give up her dreams of the man she may never meet and take the safer path, or risk leaving her clan and everyone in it at the mercy of those who seek their ruin.

What listeners say about Darkangel

didn't know what to expect with this book but I liked it. it kept my wanting more. looking forward to the next one

Enjoyed the plot line and characters, ended too soon. Would like to have had the out door scenery described more. Thank you for sharing your book.

The book started off pretty good, there was a serious creep factor that I was really in to. I remember thinking oh this is going to be good. Then it just went flatline nothing happened, no romance, no magic, nothing. Then just when something finally happens the book is over with a cliff hanger. So I thought ok maybe book 2 will be good and this was just a very slow build up. Nope!! If you like a paranormal romance with no romance and very little paranormal, then this is the book for you. Holly did a good job with what she had to work with.

Hollie Jackson is great at telling the story. I've heard her read other books and thought she did a good job every time.

The author wrote a good story but unfortunately it was very predictable. Good characters but wished for little less predictability.