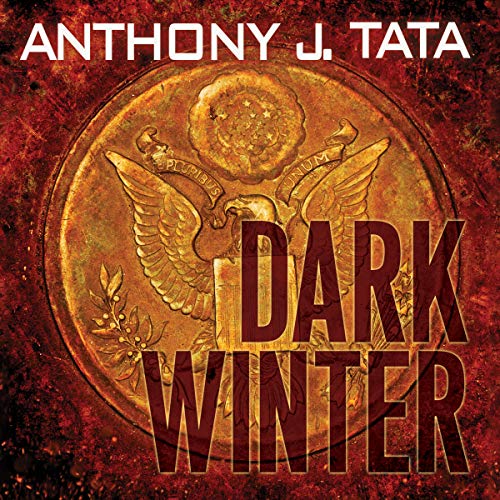 By the time anyone realizes what's happening, it is too late. A dark network of hackers has infiltrated the computers of the US military, unleashing chaos across the globe. US missiles strike the wrong targets. Defense systems fail. Power grids shut down. Within hours, America's enemies move in. Russian tanks plow through northern Europe. Iranian troops invade Iraq. North Korea destroys Seoul and fires missiles at Japan.

Phase 1 of ComWar is complete.

Enter Jake Mahegan and his team of highly trained operatives. Their mission is to locate the nerve center of ComWar - a.k.a. Computer Optimized Warfare - and to shut down the operation through any means necessary. Mahegan knows it's a virtual suicide mission. There are three ComWar headquarters, each hidden deep underground in Russia, Iran, and North Korea. Splitting up the team is Mahegan's only chance to prevent the next wave of cyber attacks. But even that won't stop the sleeper cell agents - here in the United States....

What listeners say about Dark Winter

Jake was so much more interesting as a grey listed former Delta. now he is at the Pinnacle of power with Secretary of defense taking orders from him shot stabbed bean bagged yet still able to parachute to find his love Cassie. just a little bit too comic book for me. Even Reacher is more beliveable.

Well worth reading. Very good narration and very good story. A bit far fetched on technical but not a great distraction. I read it in one sitting.

I really hate to do this...

but I have to say that I was very disappointed. I get that action stories suspended reality and defy belief, but this was way too far into left field. I enjoyed the previous books and had hoped for at least the same level of enjoyment from this. Sadly not the case. Rushed, very choppy, and kinda ridiculous. I stopped twice and was going to return it but decided to suck it up and finish it. Probably should have stopped. It was made worse as the narrator THOUGHT HE COULD ADD DRAMATIC EFFECT by yelling or REALLY hyping it up, which failed badly and only gave me a headache. The dialogue was very poor between the one dimensional characters and I’m just left very disappointed. I’m pretty much never very critical about a book, and I feel bad leaving a negative review, but feedback like this will hopefully help the author and narrator, as well as the listeners, to have a better listen next time.

Second book in a decline.

It was just too unbelievable. Previous book had Cuba doing cutting things in technology when they are so awfully backward. I’ve been to Cuba, trust me.

Now this book was just too much tech and too many convenient things falling into my place so that 5 people could save the world. It would have been better to focus on plot and character than Flash Gordon meets Chitty Chitty Bang Bang.

I did this one on audio. It’s war with detail. Not Team Yankee type detail (or anything Clancy did), but enough, with decent accuracy, that I would read/listen again to a Tata offering. My

Jake saves the day but the characters are dilabolitical and dangerous. Does cassie deserve his love and how about those fight scenes.

Author took a nose-dove off the politically correct bandwagon.

The story is like a step-action-drill for all of the reasons why coed fighting units are a classically bad idea.

Main character in a romance with a coworker.

Main character’s boss aware of this fraternization, and says nothing.

Main character routinely and consistently unable to focus on the mission because he is either working alongside or separated from this love-interest.

Main character’s girlfriend lauded for being a woman. Literally no other reason. Then lauded for disregarding her father’s wishes.

Does anyone really think that she’d have been admitted to the ranger course if her father, the chief of staff of the Army, was opposed to the idea?

Hard to get behind this all-too contrived story that puts people in ridiculous situations. I’ll probably not read his next book. Unlike all of those previous, which I couldn’t put down, I found myself listening to podcasts instead.

A dark look into the future of warfare

from someone who would know...Tata's years of service makes make pray that we are prepared to respond effectively.

well read great story. you won't be disappointed. Jake Maheagan won't let you down,,, ever

I've read all the Jake Mehegan adventures and will read all others Tony Tata writes... but Tata has Jake morphing into a version of Clive Cussler's superhero Dirk Pitt. From Jake The Ultimate Soldier to Jake SuperHero.

Still a darn good story... and should be read in chronological order.