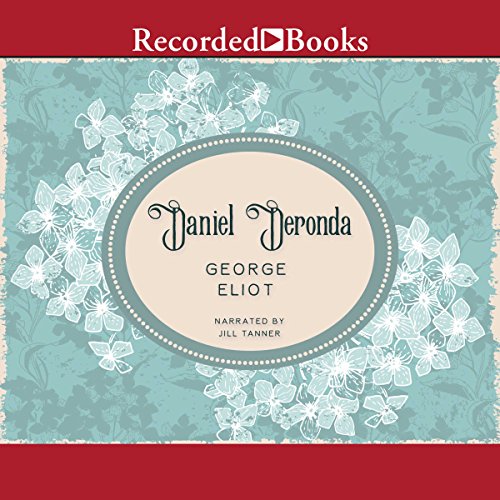 Gwendolen Harleth gambles her happiness when she marries a sadistic aristocrat for his money. Beautiful, neurotic, and self-centered, Gwendolen is trapped in an increasingly destructive relationship, and only her chance encounter with the idealistic Deronda seems to offer the hope of a brighter future. Deronda is searching for a vocation, and in embracing the Jewish cause he finds one that is both visionary and life changing. Damaged by their pasts and alienated from the society around them, they must both discover the values that will give their lives meaning.

George Eliot's powerful novel is set in a Britain whose ruling class is decadent and materialistic, its power likely to be threatened by a politically emergent Germany. The novel's exploration of sexuality, guilt, and the will to power anticipates later developments in fiction, and its linking of the personal and the political in a context of social and economic crisis gives it special relevance to the dominant issues of the 21st century.

What listeners say about Daniel Deronda

This is one of those great vast Victorian novels to be devoured and savored, usually too quickly as it is so enjoyable. Great characters and ot, great pacing.

prescient last novel of author. I confess i may have thought so well of over my ethnic background.

It is good to pick up a book from the past now and then and see what it takes to make it your own. The author did succeed in establishing a set of emotions for me with each of the characters in this story and even character arcs with the two protagonists. Gwendolen went from being someone deserving scorn for her self-centeredness to someone pitiable, while Deronda starts out as sturdily decent and ends up being just as decent, only with a religious identification. Their main antagonist, Mr. Grandcourt, was portrayed with an entertaining sneer and a determined controlling nature by the narrator of this audiobook. He doesn't change much for the entire time he's around. Of the secondary characters, I would say that the depiction of Mordecai/Ezra was the most developed, though in his role embodying all that is good in Jewish life, I would say that his only flaw is his poor health. There are a few minor characters who provide touches of the comic element, and I found myself welcoming them nearly every time they would turn up. The writing is quite lush by modern standards, never suggesting anything that can instead be described at length. Of the 36 hour long unabridged audio (I played it at 1.5x speed), there might be said to be about a half hour in all of what one would call action rather than description or drawn-out conversation between characters. So, I would say that this would appeal to a patient audience only. During the Jewish sections, I had to remind myself that the views being expressed were daring for their time. To your ordinary Western reader, the notion that there are praiseworthy aspects of that religion with an admirable tradition is maybe not so gripping, though of course that assessment is anything but universal even today. On the other side, it is pretty clear that what Gwendolen decides to do is a pretty bad idea, and the way it plays out hasn't got much in the way of surprise, all the way up to the point where she finds herself suddenly released from that condition. If you are the kind of person who gets annoyed when plot elements are telegraphed far in advance, this might not be the book for you. But I think it is a satisfying thing to make it all the way through a work like this and watch Eliot works out her thinking with every long speech and each weighty decision her characters have to make.