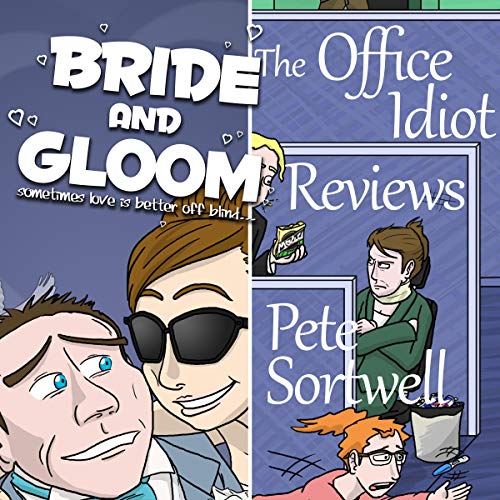 In the first book of the Sometimes Love... series, Dating in the Dark, Jason Harding thought he’d committed the ultimate betrayal. No, not cheating; he pretended to be, you guessed it, blind. For Emma, the woman he was stupid enough to think he was fooling, it wasn’t anything like a betrayal. It was both sweet and sad at the same time and, as people in relationships have a tendency to do (if they don’t split up because of one party’s wild lies), Emma and Jason decide to get married.

Just how Jason manages to deal with the huge life change that is marriage is what this book is about. From getting his specially made suit tailored to his short height, to trying to keep a lid on his best man’s plans for a wild weekend in Liverpool, he is going to struggle to make to through to the wedding without having a full nervous breakdown. His second best friend, Boris, also returns in this book, although he has lost his taxi, his wife and his ability to seem sober even when he’s drunk six litres of vodka.

Join Brian, as he tries to woo the girl that works in the local shop; will passing out face down in super glue while trying to make her a gift hinder his chances of getting her to go out with him? Will Father Frederick, an alcoholic vicar who has a slight issue with stalking be able to win back the heart of a woman he loved a long time ago? And will Ethel, who thinks that throwing hard rice instead of confetti in a bridegroom's face is an acceptable form of sport, be able to catch whichever one of these two losers in love with her trick as they step out of the church on the happy day?

Written entirely in the form of product reviews, we guarantee you've never heard a book quite like this before. Hilarious and wholly original, The Village Idiot Reviews pokes gentle fun at the more obscure corners of your favourite e-commerce sites - and introduces the most bonkers set of countryside dwellers since The Vicar of Dibley.