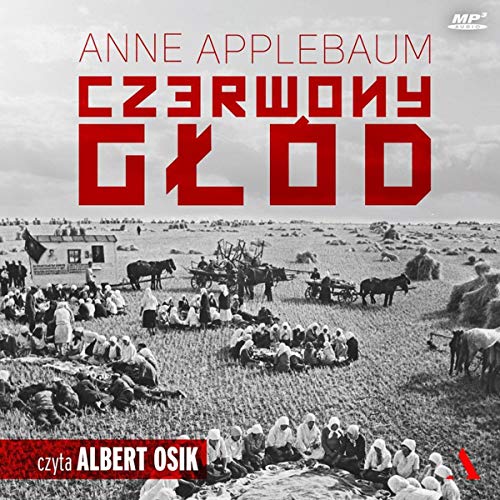 The Red Famine is written by the Pulitzer Prize0winning author of Gulag: A History and Iron Curtain: The Crushing of Eastern Europe - Anne Applebaum. Also a laureate of the 2018 Lionel Gelber Prize, Applebaum presents the story of an inconceivable crime: “she describes the works of Stalin, which are only superseded by the Holocaust, but their cruelty and perfidy match the actions of Hitler” - Wacław Radziwinowicz (Polish journalist). This book describes Holodomor - the Great Famine in Ukraine between 1931 and 1933 which killed three million people and was man-made by the Soviet government.

Please note: This audiobook is in Polish.