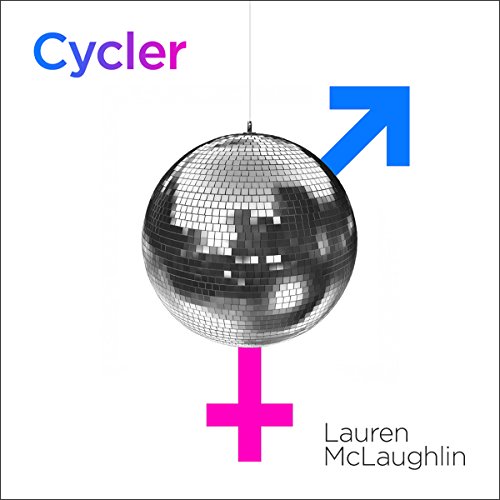 As far as anyone at her high school knows, Jill McTeague is an average smart girl trying to get her dream date to ask her to the prom. But what no one knows, except for Jill's mom and dad, is that for the four days Jill is out of school each month, she is not Jill at all. She is Jack, a genuine boy - complete with all the parts - who lives his four days of the cycle in the solitude of Jill's room.

But Jack's personality has been building over the years since the cycling began. He is growing less and less content with his confinement and his cycles are more frequent. Now Jill's question about prom isn't about who she will go with, but who will she be when the big night arrives?

"It will keep pages turning." (Chicago Tribune)
"The narrative toggles back and forth between Jill's and Jack's points of view, comically detailing the problems you can get into when you're half boy and half girl, including what happens when the boy falls for the girl's best friend." ( The New York Times)

What listeners say about Cycler

The premise needs to be accepted up front or else it doesn't make sense. But it's okay. It's like Dr. Jekyll and Mr. Hyde. The reader needs to accept that it's possible to brew a potion capable of transforming a man into his devilish alter ego, and then Dr. Jekyll and Mr. Hyde comes to full life as a classic. In the same fashion, Jill transforms into Jack 4 days before her period. A full guy in mind and body. Then she goes back to being a girl. I actually found the premise fascinating. The ensuing struggle because of this transformation is well done and believable. It's understandable that Jill would hate her alter-ego that is ruining her life and transforming her into a monster.

However, at the beginning of the story, Jill explains that, after she began transforming at 14, her mother took her to doctors and institutions. No need. If that would happen in real life, the poor girl would have turned into a sort of circus attraction and nobody would ever leave her alone for the rest of her life. Thus, that's an author's flaw. It seemed to me that the author needed to justify Jill's awkward situation, but truly, there is no need. The reader can accept the premise as the reader accepts Dr. Jekyll and Mr. Hyde premise, and from that point on it's a natural thing.

The relationship with Jill's BFF is also underused as a literary element. At the very end, it is hinted that she knew that Jack was Jill, which meant that she might have had a crush for Jill, but that rich vein is not further explored.

Would you be willing to try another book from Lauren McLaughlin? Why or why not?

I actually read Re-Cycler because, despite the literary flaws--and re-Cycler has many of them as well--I actually enjoyed the story. Could have been better, but it's not bad and it's an easy and nice YA reading.

Have you listened to any of Maxwell Glick and Melissa Strom ’s other performances before? How does this one compare?

Melissa Strom is a wonderful performer. Maxwell Glick is good, but not as good.

In spite of the important literary flaws, the novel is enjoyable. Read it. You'll like it. It'm to picky, but if you aren't, you'll end up satisfied with a simple story about a teenage girl endevour to fit, despite what makes her different. It's a situation common to many teenagers who are different and stand out of the crowd. A sort of coming of age story where Jill finally discovers herself. Jack's coming of age is missing (as said, the novel falls short), but read it anyway.

This is one of those books where you see it and go... Holy crap that could be a great story. Like all such books with great plots potential it runs the real risk of being total crap.

I was really worried when I got the book that it was going to be one of those crap books, to my pleasure it turned out even better than I thought it could be. I finished the book in about two hours and forty five minutes (yay! triple speed) and couldn't stop laughing.