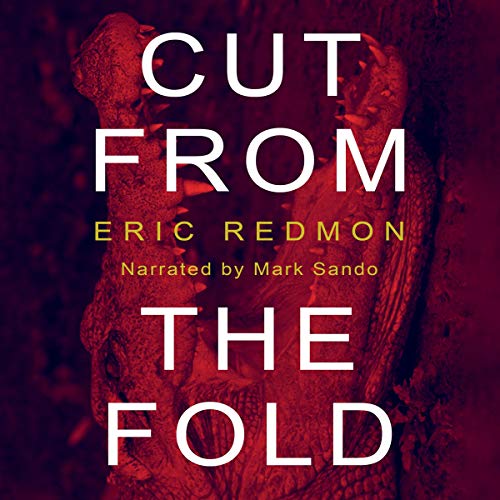 Cut from the Fold

How far do you have to run to escape your past? Frank Sedrick needed to find out. Sailing single-handed from Newport to the Caribbean in his custom sloop, he thought he was free to pursue new desires, only to find Ensign Tom Nichols of the U.S. Coast Guard hot on his tail. As you listen to Cut from the Fold, you will find that murder seemed to follow Frank.

Growing up, Frank wasn’t like the other kids. He lived in a house that hid secrets. He always wondered why the other kids in school seemed happy. From the outside, the rich and privileged Sedrick family were the envy of Newport, Rhode Island. They were by all appearances a benevolent family, intricately involved in helping those less fortunate. Spending millions, they paid for a new wing at the hospital. The family was prominent in the local yachting society; funding races and using their 75-foot motor yacht, Ambition, as the Committee Boat to monitor the start and finish line. To others, they appeared to live a life filled with both success and charitable giving.

But nothing is as it seems. The real Sedricks were sick. As he lavished the city of Newport with gifts of money, the patriarch, Ambrose Sedrick, developed a plan to disinherit his own son, Heddy, Frank’s father. In doing it, he slowly and surely infected the rest of his fold with hate. His devious plan to ruin his son took years to accomplish, extending even beyond his own death. Mr. C. Preston Malcolm, Esquire, the family attorney, remained at Ambrose’s beck and call to legally seal the financial fate of his offspring. He was the perfect attorney for Ambrose.

Hate only breeds more hate. Frank was happy to sail away from Newport. When he did, they were all dead. The police found it hard to catch a killer who leaves no trace. Ensign Nichols of the U.S. Coast Guard wasn’t deterred in his search for justice as the bodies kept piling up in the Caribbean.

Cut from the Fold is the third book by author, Eric Redmon. An audiobook that will resist you to stop listening.

What listeners say about Cut from the Fold

Loved the plot and characters. Well written story and the narrator did a great job. Look forward to more from this author!

I try not to give bad reviews but in this case it was unavoidable. I don't know what is worse, the story line or the reader's accent for the Caribbean characters. I only finished it because I already used my credit and I guess I am a glutton for punishment.