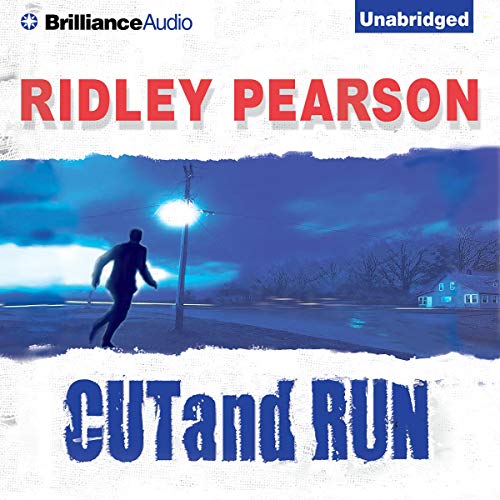 By: Ridley Pearson
Narrated by: Dick Hill
Try for £0.00

Six years ago, witness protection marshal Roland Larson did the unthinkable: he fell in love with a protected witness, Hope Stevens, whose testimony was to put away prominent members of the Romero crime family. When Hope's plan to "cut and run" is interrupted by both the government and the mob, she disappears into a new identity, taking with her not only her testimony but a secret never shared with Larson.

Larson, who has been looking for her ever since, is put back on her trail when the Romeros intercept the master WITSEC list from the Justice Department, and Hope is believed among the first protected witnesses to be targeted for execution.

In a series of terrifying encounters, Larson matches wits with a brutally ingenious killer whose sole target is Hope Stevens. For Larson, the stakes couldn't be higher - he must find Hope in order to protect her and simultaneously prevent the mob from auctioning off the master witness protection list - an act that will put 7,000 innocent, and not-so-innocent, lives in jeopardy.

Taut and edge-of-the-seat compelling, Cut and Run is a unique thriller that skillfully blends romance and suspense - Ridley Pearson at his heart-pounding best.

"As seasoned heroes and a league of gangland villains lock horns for the busy wrapup, even fans accustomed to Pearson's heart-pounding pacing will find themselves short of breath." (Publishers Weekly)
"It doesn't get much better than having Dick Hill read a Ridley Pearson thriller." (AudioFile)

What listeners say about Cut and Run

Great book! Tightly written and colorfully drawn, the story moves fast so it isn't a book to pick up if you have other "thinking" things to do. Dick Hill is a gifted narrator; convincing voices and skillful storytelling make the story an outstanding audio book.

I couldn't finish this book for graphic violence (including violence to children). It was super intense, in my opinion, and I REALLY wanted to finish it. But I just couldn't. After every hour or two, I had to turn it off and wash the dishes or something, just so I could feel better. I like the narrator though. So, if you like that sort of thing, happy reading!

Not one of his best books

I am a Ridley Pearson fan, but this book was so graphically ugly (and predictable), that there was nothing to redeem it.

too much gratuitous violence

is so much profanity and obscenity really necessary?

I don't think anyone who would ever heard a red winged blackbird would call the song lilting. more often described as a rusty hinge.

Ridley Pearson has been one of my favorite authors in the past. not sure if I have changed, or he has

Too gross for comfort

What disappointed you about Cut and Run?

After listening to Peter & the Star Catchers, I thought nothing can go wrong with Pearson's books. Peter was wonderful. However, this was too gross in detail about a hit man who is also a sexual predator before he does the hit. The details of his sexual excitement and the damage to the women, along with their fear, was too too much.


Getting Real with Gretchen Carlson.

What aspect of Dick Hill’s performance would you have changed?

Nothing, Dick Hill is always great.

If you could play editor, what scene or scenes would you have cut from Cut and Run?

The graphic manner of torture & death, and the sexual excitement of the killer.

This story grabbed me from the beginning. I thought the narrator did an excellent job. Would make a great movie.

I really like Ridley Pearson, and have read several of his series titles. This was outside the norm, and it was very good. No giving away the story--just enjoy it for a book about running from bad guys and narrowly escaping, time and again.

The story is fast paced, well written, and draws the reader in immediately. The characters are appealing and realistic. The narrator is great! Definitely a good listen.

A Bit on the violent side

This is a book that if it were made into a movie, I believe that it would make quite a bit of money. The story was well written, though I do not know much about the FBI and the witness protection program, but it all seemed logical to me. The story was interesting and the plot was well developed. I gave this book 4 stars due to the constant violence. This book is more violent than what I am accustomed to. If put in movie format it would earn a "R" rating. This is a book that has something for everyone; a bit of romance and suspense for me and action and adventure for my husband who also loved this book and is downloading more books from this author.