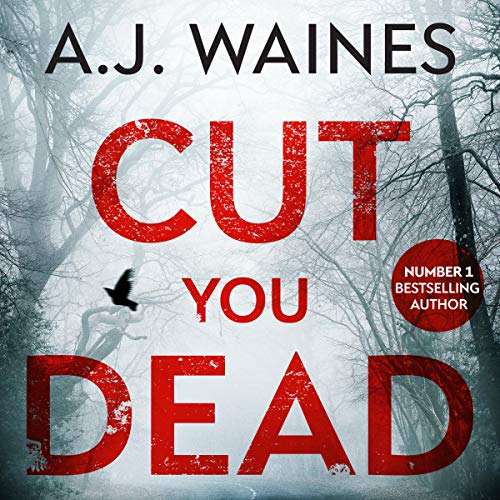 You’ve got seven days...then you’re next.

When a young woman falls to her death from a balcony, everyone thinks she lost her balance taking a daredevil selfie - until Psychologist Samantha Willerby steps onto the scene. Called in by the Met to examine a series of cold cases, she uncovers a chilling link between this death and two others. The victims have one shocking detail in common: Their hair was hacked off exactly seven days before they were killed.

When it comes to light that Sam knew one of the victims, she’s determined to break all the rules to track down this calculating serial killer with a terrifying calling card.

But the victims aren’t the only ones being watched. When Sam’s hair is slashed, she knows one thing for certain. She has only seven days before the murderer finishes the job. Can Sam get inside the mind of a ruthless killer before her first profiling case proves to be her last?

An utterly addictive fast-paced crime thriller, Cut you Dead will have you hooked from the first moment. It will appeal to fans of authors such as L.J. Ross, Mark Billingham, and Angela Marsons.

A. J. Waines is also the author of the best-selling psychological thrillers Enemy at the Window, Don't You Dare, and Girl on a Train. Cut You Dead can be listened to as part of the Samantha Willerby series or as unmissable stand-alone.

What listeners say about Cut You Dead

While the story was wonderful and one I quite liked ..the narrator was a horrible choice,.. her entire demeanor was a heroine in a Regency Romance of cutesy Pooh cozy mystery proportions….. a different narrator for this series would treble the purchases