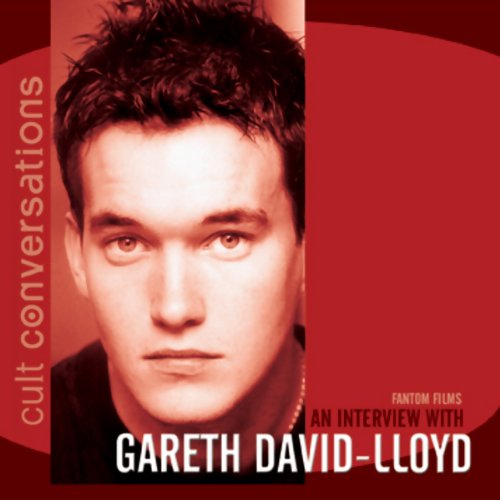 By: Dexter O'Neill
Narrated by: Gareth David-Lloyd
Try for £0.00

Gareth David Lloyd has recently starred in the BBC 3 smash hit Torchwood, playing Ianto Jones. As he gears up towards filming the second series, Gareth talks to us about the pressures of filming Doctor Who's first successful spin-off. Gareth trained at the National Youth Theatre, and his credits include the role of Sebastian in Twelfth Night on stage, as well as appearances in television programmes such as Mine All Mine, Absolute Power, Casualty, Rosemary & Thyme, and The Bill. He has also recently voiced a collection of stories by M R James for Fantom Films.
© and (P) Fantom Films
Film & TV Entertainment & Celebrities
Show More Show Less

What listeners say about Cult Conversations

First off, I'm a total Gareth David-Lloyd fan, and loved getting a bit of background on the first season from his behind-the-scenes perspective. That said... I'm not sure it was worth the cash; the clip is short and filled with stumbles and pauses. Still, some of the trivia is wonderfully juicy. It's interesting to get Gareth's input on the show with one season down and looking forward to the second (at the time of the interview).

Interesting but not necessary

This interview takes place between Seasons / Series 1 and 2 of "Torchwood" and is part of O'Neill's Cult Conversations collection. I am a big fan of both Torchwood and Gareth David-Lloyd, so when I saw this interview I jumped on it.

David-Lloyd shares a bit of his work and experiences before his iconic role of Ianto Jones in Torchwood, as well as his hopes for future Torchwood episodes and projects he'd like to do beyond the Doctor Who universe. The problem I had in listening to the interview was with David-Lloyd's nervousness. He seems rather uncertain of himself and stammers over so many of his words that it's often hard to follow what he's saying. Even his attempts to joke about life on the set or explain his love of the franchise are hindered, if not garbled, by his nervousness. And as the interview goes on, David-Lloyd seems to stumble more and more. Die hard fans may want to give this a listen, but for me, it wasn't worth what very little insight you get into the actor and the franchise for having to pick and dig through David-Lloyd's answers to get them.

While I enjoy his work, this was very difficult to listen to. His every other word was "Um" and combined with his Welsh accent, it was hard to follow. If it had had more fun behind-the-scenes Torchwood trivia, it might have been worth it. This is only for the hardcore Torchwood or Gareth fan. Info on his professional career and insights into his character Ianto were what kept me listening to the end.