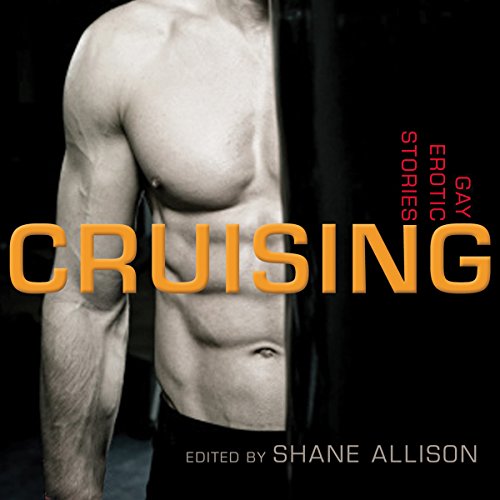 By: Shane Allison - editor
Narrated by: Luke Avery
Try for £0.00

Hot flings at a seedy truck stop. Homemade glory holes in the stall walls of a dorm shower. Fun and fornication at an infamous park. Steamy bathhouse trysts and other tales of public eroticism is what Cruising is all about. As Shane Allison says, "This is the anthology I have dreamed of doing for years. There's nothing that gets the adrenaline flowing and the muscles throbbing like public sex."

"One Hot Baby" by Daniel Curzonperson is a wryly sweet short about an aging straight guy who stops to pee in a park and gets an unexpected blow job, which lifts his spirits.

Cruising moves at the highest speed and is filled with kink, sex toys, exotic locations, wild scenarios, and plenty of sexual intensity.

A couple chapter's were hard to follow. The rest made up for it.

Unfortunately the reader has ruined the mainly very entertaining stories. His reading turns the characters into caricatures of gay life.