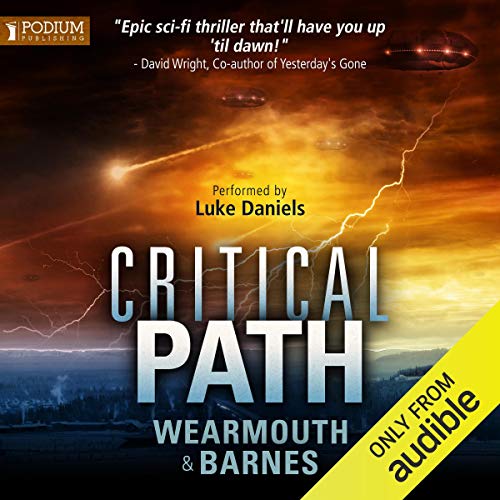 Destroying the croatoan's seat of power has grave consequences. Earth faces destruction unless bitter enemies can work together.

Earth is recovering after Denver and his group managed to stamp out the immediate alien threat. Now Denver and his team, stationed in a liberated croatoan farm, plan to restore humanity as the dominant force. But when shocking information comes to light, they set off on an immediate mission north.

The team encounter a hybrid city where humans and croatoans live and work together. It's here in this strange new civilization that Denver discovers there's a bigger threat to the planet than the aliens already on the surface: Something far more terrible is coming. It'll be a race against the clock to defeat this new threat, and Denver will need all the help he can get.

What listeners say about Critical Path