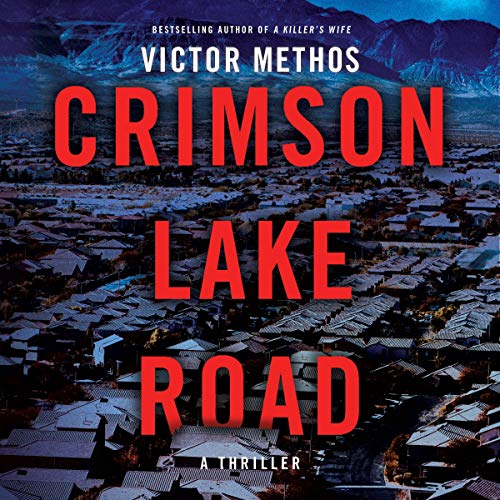 By: Victor Methos
Narrated by: Brittany Pressley
Try for £0.00

Retiring prosecutor Jessica Yardley can’t turn down one last investigation. This time, it’s a set of murders inspired by a series of grisly paintings called The Night Things. She’s the only one who can catch the killer, who’s left a trail of bodies in a rural community outside of Las Vegas.

But the more Jessica finds out, the less clear her case becomes. Out of options, she’s forced to consult her serial killer ex-husband - to gain additional insight into the crimes and the killer’s motivations.

By the time Jessica realizes that pursuing this case is a deadly mistake, it’s too late to turn back. Can she catch the killer, or will she be the final addition to a killer’s masterpiece?

Too gory too convoluted despite working out ‘who done it’ very early on! I had some trouble with the audio missing skipping or repeating in the final chapters which didn’t help. Not a favourite

I don't care what other reviewers state.....

It IS worth the credit and the narrator IS Not a bad one. Give it a chance!

Twists and turns kept me wanting to keep listening. The narrator is so incredibly awesome. A definite must listen. I recommend you only start listening when you have the time to finish it. I could not stop and in less than 3 hours I have to be at work!

Once again, I love this series!!!
This book, book 2, was just as good, if not better than the first one. And the first one was one of my favorite books last year!

Once again, Britney Presley does a great job narrating!

Listen to these books! They are so very good!

The author gives you misleading hints the entire book that keeps you engaged from start to finish!

Great story! Between Yardley, Cason, Angela and Tara, as well as the serial killer Eddie Cal, this was a wonderful group of characters. There were so many other serial killers in this story it was crazy.

There was no romance and no swearing to speak of.

As for the narration: Brittany Pressley has come a long ways in a short time. There was a time, a couple of years ago, that I just couldn't listen to her because her men sounded like girls. Now her men sound like men and I've become a real fan of hers.

I love the story. All the twists and turns. I do hate how bad Jessica is a horrible judge of character. Doing the job that she does, shouldn’t she be smarter? Having gone through what she has been through, shouldn’t she question every new relationship that forms? She’s so frustrating sometimes but I thoroughly loved the book and I can’t wait for the next one.

The narrator is not horrible. Most of the negative reviews are about the narrator and she really grew on me.

I hope he writes more in this series.

The characters are so real, you care about them all. The mystery and suspense are great. Loved both of the books in the series.

Maybe it got better, but not a believable story, the reader didn't help at all

I really loved this book! It made me cry it is heartbreaking.Truly amazing definitely 10!

oh wow. this book had to be one of the best I have ever listened to. the story end is a total surprise. you think you have it figured out, but, just wait. Narration is also A+. must listen to this book.