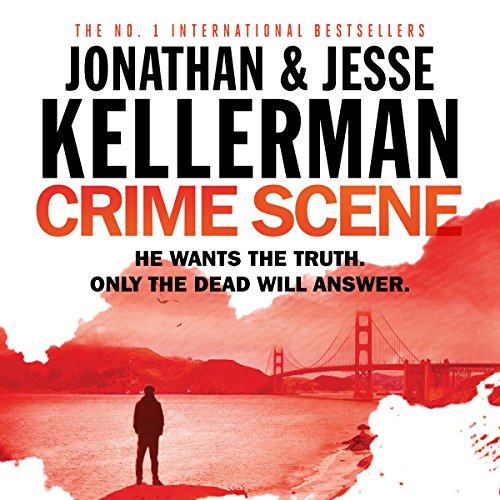 Crime Scene is the next enthralling psychological thriller from number one best sellers and masters of the genre Jonathan and Jesse Kellerman.

Responding to a call at a mansion in an East Bay neighbourhood, Deputy Coroner Clay Edison comes upon the body of Dr Walter Rennert, a controversial Berkeley psychologist, sprawled at the foot of his stairs. There are no wounds and no signs of intrusion or struggle. Clay knows the obvious diagnosis is natural death. But 10 years ago, Rennert's partner was found dead, and to this day the crime remains unsolved.

Tatiana, Rennert's daughter, will not let the case lie. She knows her father has been murdered. It is not part of Clay's job description to investigate crimes, but he is enthralled by Tatiana, drawn in to her twisted alternate world. His investigation drives him deep into the dark heart of a long-buried scandal, and it won't be long until he is forced to question where his true loyalties lie.

What listeners say about Crime Scene