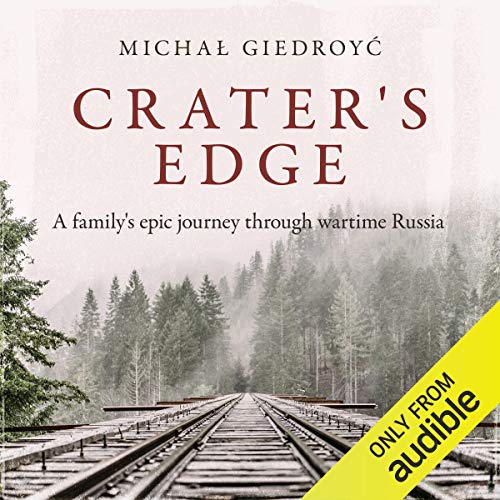 By: Michal Giedroyc
Narrated by: Sam Dastor
Try for £0.00

In September 1939, a 10-year-old boy, Micha Giedroyc, watched the Russian security police seize his home in eastern Poland. His father, a senator and judge, was imprisoned while his mother, with Micha and his two sisters, were left on the streets of the local town to fend for themselves. Later they were transported in cattle trucks to the wastes of Soviet Siberia, with hundreds of thousands of other deportees. 'Here, by the will of the rulers of the Soviet Empire, we were to toil and die.'

Eighteen months of deprivation and hunger on a collective farm brought them to the brink of extinction. Then, when hope was all but gone, they had the opportunity to join General Anders' shattered Polish army in southeast Russia. Exhausted, half starved and ill, Micha's mother and her children set off on a second gruelling journey that would take them across Central Asia to Persia, the Middle East and finally England. In one dramatic incident their survival hinged remarkably on the just two simple objects - a potato and a penknife.

Woven into the narrative are memories of a gentler prewar period when the Giedroyc family revived a failing country estate and enjoyed an idyllic way of life that vanished forever in 1939. A remarkable true story of survival during WW2, eloquently told, sparkling with moments of humour and optimism that shine all the brighter for the surrounding darkness.

What listeners say about Crater's Edge

An extraordinary journey told in amazing clarity and in great detail. it is wonderfully narrated too.

This was a fascinating and deeply moving account, beautifully read by Sam Dastor. Highly recommend.

It started so good

It started so good, very nice, putting the history together, telling his family history and so on, very good. But there it ends. After they came to Sibir the book just gets out of focus. I was very disappointed

Crater's Edge is important because the events it tells of are rapidly passing from our sight and we need to be constantly reminded of them. It is a moving book, the way all books that tell the truth move us by their honesty; lighting up dark places.
It is written with clarity, knowledge and a rare poetic pen. Listen carefully and it will speak to your intellect and to your heart.