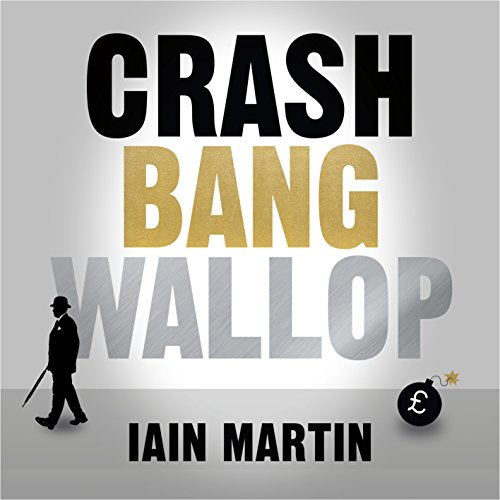 The gripping story of the financial revolution known as Big Bang, which transformed international business and changed our world, for fans of Michael Lewis' best-selling The Big Short and Liaquat Ahamed's prizewinning Lords of Finance.

Published to mark the 30th anniversary of the financial revolution known as Big Bang, Crash Bang Wallop tells the gripping story of how the changes introduced in the 1980s in the City of London transformed our world.

Attitudes to money and the way we measure value and status were completely reshaped by Big Bang, and it had an extraordinary impact on politics, on style, on technology, on the class system, on questions of public ownership, and on the geography of London. Perhaps more than anything, Big Bang revolutionised the international markets, as the capital became a testing ground for financial globalisation, with huge repercussions for the global economy.

The definitive insider's account of this critically important moment in modern history, Crash Bang Wallop also explores what's next for global finance as it gets ready to undergo yet another revolution.

This was a great narrative account of the rise and development of modern financial institutions and trends in Eurodollars, corporate mergers, debt markets and the like. The subtitle refers to the Big Bang - the financial deregulation package, which came early in Thatcher's first government. But the book explains the long build up to then and the series of game-changing events that came after it.

The author does not go into great depth or complexity - it is pitched not far off the level of John Lanchester's books, such as Whoops! and How to Speak Money. Lanchester offers a bit more analysis/explanation of the key concepts and processes, but Martin has deliberately chosen to foreground a narrative account. If you are like me and remember/have heard of the financial Big Bang and of Nick Leason's crashing of Baring's Bank - but don't really know what they were about or what actually went on, then this book provides a nice engaging overview. I really liked it.

Lively financial-cultural history of the City

I found this pleasurable, listenable and informative all through. The writer shows his roots via a journalistic flair. I like the very compact explanations of important financial events. I love to hear the Mother Tongue, the King's English, so well used and spoken. The only thing I would change is, I would shift to just a bit less of the cultural stuff (always a peeve to hear overmuch about whatever baubles the latest generation of young Turks were flashing at any moment), and a few more financial nuts and bolts. But the political and cultural parts are, to some extent, essential to the comprehension of it all. And, the headline events are all here: the fall of Barings, Thatcher's rise and fall, all that.
As the author observes, this is yet another moment in which the City faces an existential crisis and must reinvent itself.