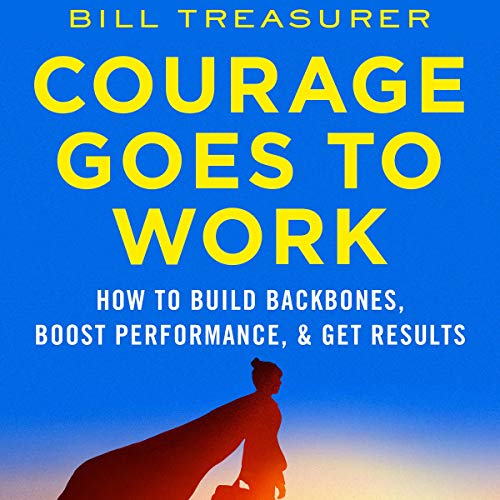 Courage Goes to Work: How to Build Backbones, Boost Performance, and Get Results

Courage Goes to Work: How to Build Backbones, Boost Performance, and Get Results

The hardest part of a manager’s job isn’t staying organized, meeting deliverable dates, or staying on budget. It’s dealing with people who are too comfortable doing things the way they’ve always been done and too afraid to do things differently - workers who are, as Bill Treasurer puts it, too “comfeartable”. They fail to exert themselves any more than they have to and make their businesses dangerously safe.

Treasurer, a courage-building pioneer, proposes a bold antidote: courage. He lays out a step-by-step process that treats courage as a skill that can be developed and strengthened. Treasurer differentiates what he calls the Three Buckets of Courage: try Courage, having the guts to take initiative; trust Courage, being willing to follow the lead of others; and tell Courage, being honest and assertive with coworkers and bosses.

Aristotle said that courage is the first virtue because it makes all other virtues possible. It’s as true in business as it is in life. With more courage, workers gain the confidence to take on harder projects, embrace company changes with more enthusiasm, and extend themselves in ways that will benefit their careers and their company.

“Fear and doubt are the two greatest enemies of high performance in the workplace. This powerful book shows you how to instill more and more courage and confidence in every person, releasing personal potential you didn’t know you had available.” (Brian Tracy, author of Eat That Frog!)