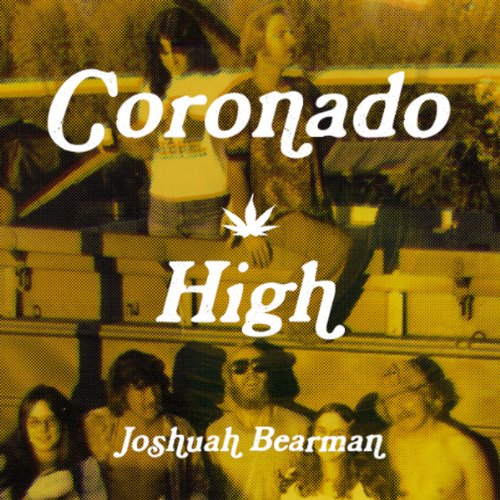 Nobody would've figured the kids from the sleepy beach town of Coronado, California, for criminal masterminds. They were just some hippie surfers, high school friends who'd come up with the idea of swimming bundles of marijuana across the border from Tijuana during the summer of 1969.

Within a decade, however, the Coronado Company had become the largest pot-smuggling operation on the West Coast, a $100 million empire with outposts from Mexico to Morocco to Thailand. And sitting at the top of it all was the most improbable of kingpins: Lou Villar, a former Spanish teacher and swimming coach at Coronado High School.

Drawing on exclusive interviews with Villar and his partners in crime, Joshuah Bearman - author of the Wired article that became the film, Argo - tells the inside story of the Coronado Company's unlikely rise and the intrepid DEA agents who brought its principals to justice. Coronado High is an epic saga of daring escapades, hedonistic excess, and friendships betrayed, played out across the era when the innocence of the Summer of Love curdled into the paranoia of the Drug War.

What listeners say about Coronado High

although short on details this book made a great fast paced listen. A must read

Brett Gelman (the reader) has a sexy-surfer voice but I wish I'd had a hard copy of the book as I found it hard to keep everyone straight. I don't know if this was a long article for a periodical but it reads like one. In the end...crime pays (if you're willing to do a bit of time) and that's kinda sad.