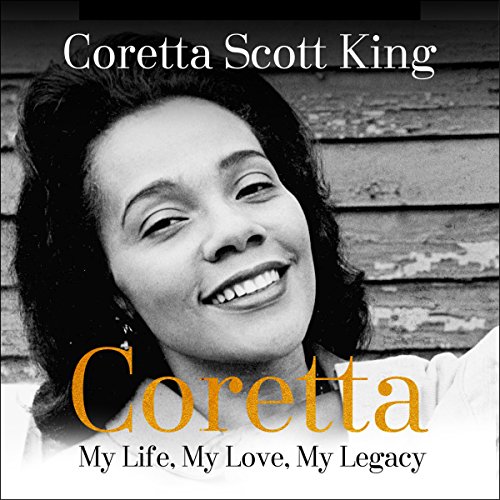 Born in 1927 in the Deep South, Coretta Scott always felt called to a special purpose. After an awakening to political and social activism at college, Coretta went on to study at the New England Conservatory of Music, where she met Martin Luther King Jr - the man who would one day become her husband. The union thrust Coretta into a maelstrom of history, throughout which her tireless fight for political and social justice established her as a champion of American civil rights.

Now, 50 years after her husband's death, the story of Coretta's life is told in full for the first time: a love story, a family saga, a record of the legacy left by this extraordinary woman.

"Presents the reader with a different way of looking at the world." ( New York Times)
"Coretta is more relevant today than ever...a female who takes responsibility for creating something better in the time she has and the space she has to occupy: that is true greatness. And Coretta did that." (Maya Angelou)

What listeners say about Coretta

I've learned a lot of things from this book. Mrs Coretta Scott King was and still is an inspiration of strength, consistency, patience, leadership...I know I will return to this book more than once and I absolutely love the voices of the narrators.