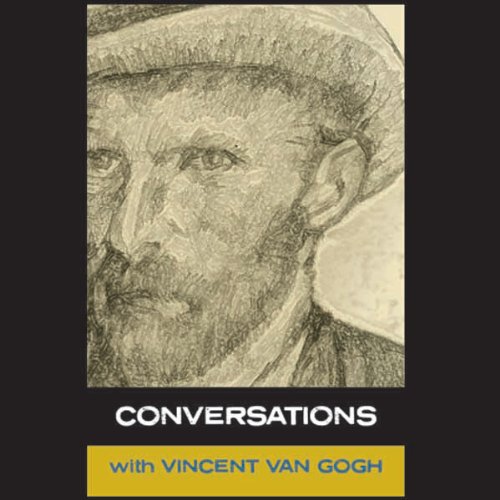 Vincent van Gogh is best known for two things – his sunflowers and his ear-cutting. But there are many other ways of knowing this remarkable son of a Dutch pastor, who left his chill homeland for the sunshine of Arles in the South of France; and left us over a thousand frank letters of struggle and joy, to help us glimpse his inner world.

Vincent came late to painting after spending time in London trying to be a Christian missionary. And though he is now amongst the most famous artists on earth, in his day, no one saw him coming – apart from one French art critic called Aurier. It is possible he never sold one of his paintings in his life time.

When he discovered the sun in Arles, he also discovered energy. Yellow for him was the colour of hope, and in his last two years he painted almost a canvass a day. But hope ran out on July 27th, 1890 when he shot himself, aged 37. He was at this time six months out of a mental institution, where perhaps he experienced his greatest calm. Vincent compared himself to a stunted plant; damaged by the emotional frost of his childhood.

‘Speaking with Vincent – which he insists on being called – was a privilege,’ says Simon Parke. ‘He’s endlessly fascinating, contradictory, moving, funny, insightful and tragic. There’s a fury in him; but also a great kindness. He found harmony in human relationships elusive; his love life was a painful shambles. But with colour, he was a harmonic genius, and he has much to say about this. And here’s the thing: for a man who killed himself – he died in the arms of his brother on July 29th - spending time with him was never anything but life-affirming.’

"I feel like Vincent is right here beside me." (Richard Addis)

What listeners say about Conversations with Van Gogh

Totally enjoyed this audiobook. After watching A Lust for Life starring Kirk Douglas, I wanted to learn more about the great artist. this book delivers another side of his story.

It is a fascinating audio-book. I listened to it with so much pleasure. It was like listening to a real interview with Van Gogh and all the words were his own. All the little details of Van Gogh's life create picture of an authentic person, not some legendary painter. Also, the delivery by Andy Havill realy brings Vincent's words to life.

Gets to the essence of Van Gogh in a lyrical and absorbing way reflecting the man himself. recommended

People who are easily amused. Someone who only wants the thin gruel of what Vincent Van Gogh wrote.

While listening to conversations with Van Gogh I yearned for more Van Gogh and for the interviewer to disappear. I just wish someone had done a full unabridged version of Van Gogh's letters - all 900+ letters and I would have been in heaven. Instead I have to be contented with this chopped up mess.

What character would you cut from Conversations with Van Gogh?

which brings forth the very real words, feelings and attitudes of one of the art world's most fascinating and often misunderstood men. To be read in conjunction with Dear Theo and an in-depth biography of the great painter.

If you could sum up Conversations with Van Gogh in three words, what would they be?

Have you listened to any of Andy Havill’s other performances before? How does this one compare?

I am addicted to Van Gogh's work, not least because of the unusual life of the artist. I have been to Arles and Amsterdam to better understand his oeuvre. By listening to this book, I drew closer to the man who has eluded me all these years. I discovered our common love of Japanese prints and the paintings of Jean Millet which I first admired in Boston's MFA. It was a treat. The author brings the painter to life. I did not realize that Van Gogh could paint with words as well as with oils. This little book was a delight. I listened to it on the plane as I traveled to Ottawa to see the "Van Gogh Up Close" exhibit. I look forward to listening again now that I have seen so many more of his masterpieces "up close".

A fascinating way to tell his story.

Would you try another book from Vincent Van Gogh and Simon Parke and/or Andy Havill?

Yes, I like the way the author sticks to the facts while telling a story with in the conversation. I found it to be a refreshing new take on biography styles.

What was one of the most memorable moments of Conversations with Van Gogh?

The letters about him in the asylum.

Which character – as performed by Andy Havill – was your favorite?

Was Conversations with Van Gogh worth the listening time?

This is very tedious and the narrator is rather monotone. It was difficult to keep listening.

Would you listen to Conversations with Van Gogh again? Why?

If you care about the subject matter, it's an interesting conversation. Very clever concept - could be a one-man play.