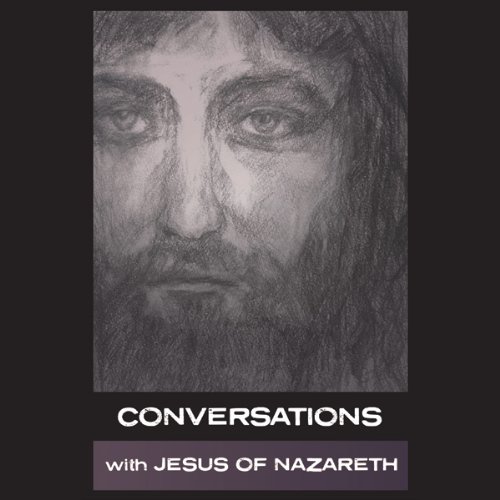 Conversations with Jesus of Nazareth

Who was Jesus of Nazareth? Many admire his spiritual teachings; some go further and claim him as the messiah, while a few deny he ever existed at all. But everyone has an opinion about this obscure preacher who lived his brief life in one of the less significant regions of the Roman Empire and who, in being crucified, died the traditional death for criminals and trouble-makers. Jesus lived in turbulent times.

Under Roman rule, Judea was a hotbed of nationalist, political, and religious interests, all vying for power. Jesus was caught in the middle of these, allied to none and ultimately reviled by all. ‘My kingdom is not of this world,’ he said, though he agreed taxes should be paid to the Romans.

‘Give to Caesar what is Caesar’s and to God what is God’s.’ He taught simply but challengingly, advocating love for our enemies, a spirit of forgiveness and respect for children. What else was new about Jesus?

He spoke of a new way of being which he called ‘the kingdom of God’. This was not a place but an inner state, and the doorway to this kingdom was trust in a heavenly father. As he would often say, ‘Have anxiety about nothing.’ It was a trust Jesus himself required in a life full of conflict; not least with his family, who largely disowned him. ‘Who is my mother? Who are my brothers?’ he famously asked when they attempted to rein him in.

In Conversations with Jesus of Nazareth, the questions are imagined, but the words of Jesus are not; they are authentically his, taken from the various records of his life in the gospels of Matthew, Mark, Luke, John, and Thomas. Jesus himself never wrote anything down, but in a culture of oral transmission, his words, deeds, and stories were well-remembered, and it’s not hard to see why.

‘It’s the shape of our heart which Jesus is interested in,’ says Simon Parke. ‘This is what comes across when talking with him. It’s not what we do that matters, but who we are, and that’s why he upset the religious people of his day: he didn’t give them anything to hide behind. He’s not always easy company, I agree, but his life and his words – they have the undoubted ring of truth.’

What listeners say about Conversations with Jesus of Nazareth

The interview setting is perfect to hear Gods Word. The perfect interview of Jesus as if He were here now in physical person.

I found the approach of interviewing Jesus novel , a charming and insightful way of learning and experiencing the simplicity of his teaching . However , Jesus had the voice of an old man , a younger man’s voice would have been more appropriate . Thank you for the conversation ! Philip Uys