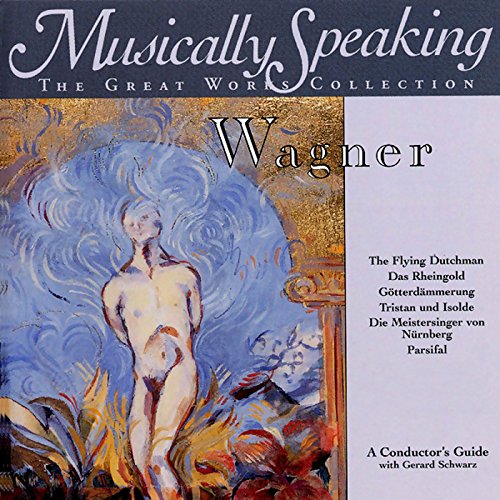 Gerard Schwarz shows how no artist expressed the ideals of nineteenth-century Romanticism better than Richard Wagner. With his great operas, or "music dramas", as he preferred to call them, Wagner created epic works relating stories derived from old European myths and medieval romances. Wagner was, in many respects, the dominating cultural figure in the second half of the nineteenth century. His ideas provoked more admiration, scorn, and astonishment than any other artist of the era.

Like his music, Wagner's personal life was itself a grand spectacle. Wagner believed that by virtue of his genius, he deserved whatever material support he could cajole from his benefactors. King Ludwig II of Bavaria brought his country to the brink of financial ruin by supporting Wagner's grandiose operatic plans and lavish lifestyle.

Schwarz uses musical excerpts from The Flying Dutchman, Das Rheingold, Gotterdammerung, Tristan und Isolde, Die Meistersinger von Nurnberg and Parsifal to illuminate Wagner's techniques and explain the development of his stories and the portrayal of those stories through music.