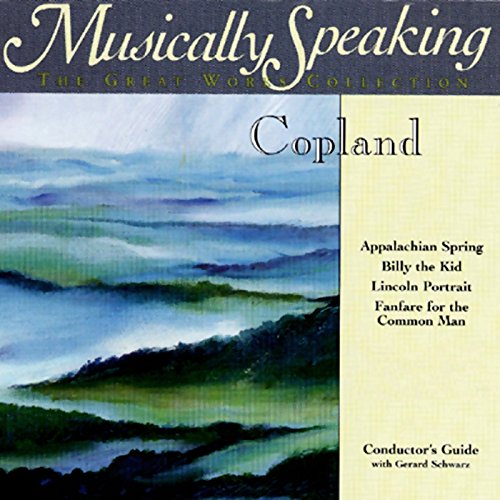 Gerard Schwarz shares his enthusiasm for the music of Aaron Copland, the quintessential American composer. Born in 1900 into a family of immigrants in Brooklyn, Copland didn't come from a musical family and had to find his own way, even trying to learn harmony from a mail order course. Today, Copland has become a permanent part of our cultural landscape, as important to our national consciousness as Whitman, Whistler, or Melville.

Copland embraced the populist movement of the 1930s and began to alter his musical style, saying: "I wanted to see if I couldn't say what I had to say in the simplest possible terms." Later, at an age when most men think of retiring, he launched a new career as a conductor, leading orchestras around the world.

Schwarz uses musical excerpts from the ballet, Appalachian Spring (which originated from a proposal from Martha Graham), Billy the Kid, and Fanfare for the Common Man to explore the use of folk tunes, delicate traces of melody, and overlapped harmonies in Copland's music.