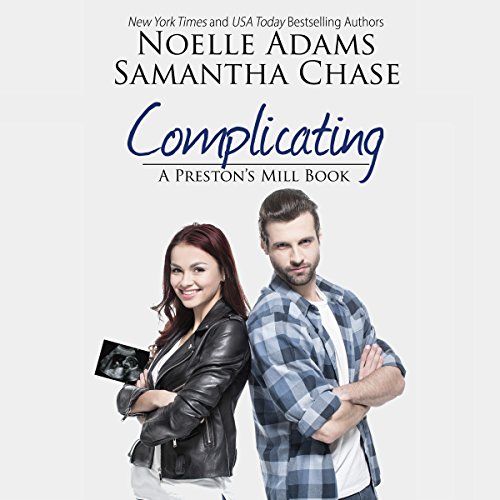 Forget all those other accidental pregnancy romances you might have listened to.

Daisy and Carter don’t have a one-night stand...because it’s thirty minutes in a back room at a wedding reception. And Carter isn’t a bad boy baby-daddy...except for the motorcycle, tattoos, and attitude. Daisy doesn’t have the typical issues with her pregnancy...if you don’t count the morning sickness, food cravings, and occasional horniness. And Carter doesn’t hang around all the time, wanting both her and the baby...until he falls in love.

But they definitely don’t become a happy family...right away.

Daisy has always been a good girl. She’s never done anything wild or spontaneous until she has a little too much to drink at a wedding and has a fling with a sexy stranger. She thought they were careful, but accidents happen. And now she’s going to have the baby of a man she barely knows.

Carter is her opposite in every way and completely the wrong man for her. They can still work out a reasonable arrangement regarding the baby. But the more time she spends with him, the less reasonable she feels. And he’s acting all possessive and protective, so it gets harder and harder to convince herself that he’s just the father of her baby.

She wants him to be so much more.

Dear Lord, this is the 4th or 5th book I’ve read that this author has let the woman be a horrible, judgmental bitch, and the author makes the guy out to be a bad guy. Makes me sick to my stomach. I guess in today’s society men are always bad, no matter what...