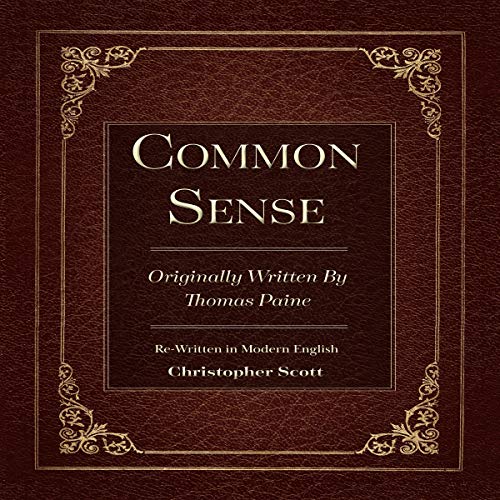 Common Sense by Thomas Paine is the most compelling case for freedom ever made. It's the most influential book in American History. It's not just a book for Americans but a case for humanity and it's ideas are as relevant today as ever.

There's just one problem. Published in 1776 it was written in Old English and it could very well be another language for someone trying to read it today. The original manuscript is nearly impossible to understand.

For the first time ever it's been translated into modern English so that everyone can consume it and understand it. It's a book that offers nothing more than simple facts, plain arguments, and commonsense. Some people won't agree with the principles, but it doesn't make them any less true today than they were when it was originally written.