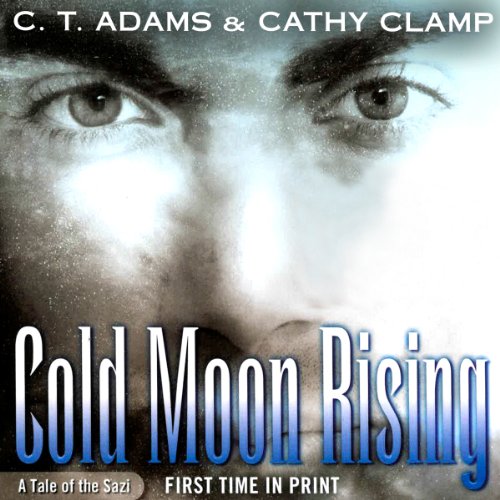 The Sazi series continues in this hair-raising, thrill ride of a novel! Cold Moon Rising by C. T. Adams and Kathy Clamp follows the heroic journey of ex-mob hit man Tony Giodone. Now that he is a psychic werewolf, he must use his powers to stop dark forces threatening to consume everything and everyone. Performed by Adam Epstein, this audiobook is a real pause-resistor. Epstein does a wonderful job conveying the suspense and danger that lurk around every corner while still driving home some of the audiobooks more hilarious lines.

Former Mafia hit man Tony Giodone has been through a lot - he’s turned into a werewolf, with a human mate and a pack leader tougher than his old Mob boss. And he’s developed a powerful psychic ability: He can see into the past through other people’s memories.

Being mated with a human is difficult in more ways than one. Tony and Sue’s relationship is full of struggle. Adding to Tony’s trouble is a new problem with some old mobster “friends" - who also happen to be a cabal of Sazi mass murders trying to extinguish the human race.

Only one man might be able to help Tony and the Sazi stop the cabal: Ahmad, the leader of the snakes. He and Tony have a deeper psychic connection than Tony has with anyone else - even his mate! Now Tony is along for the psychic ride of his life, as the crown prince of an ancient empire is faced with his deadliest enemy: A woman he once loved, whom he was forced to betray . . . and one who may now betray Ahmad, Tony, and all of humanity.