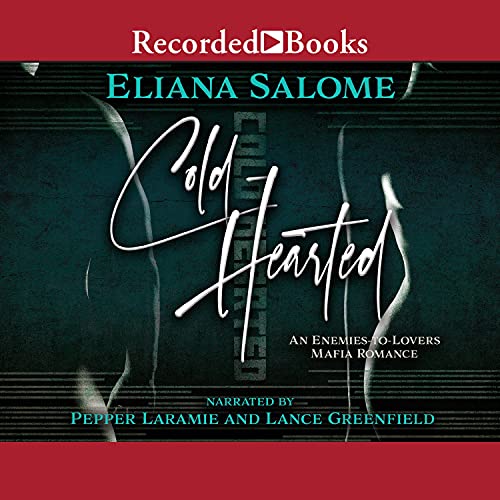 By: Eliana Salome
Narrated by: Pepper Laramie,Lance Greenfield
Try for £0.00

Gabriella
My future had always been set. Like a road paved by skilled builders, without bends or intersections, I walked the path my parents laid for me. My marriage to the future of The Outfit was all that mattered. I didn’t have a choice. Belonging to the world’s largest criminal organization wasn’t easy but belonging to him was. With Jacob, I’d got lucky and as a mafia princess, I couldn’t have asked for more. Jacob was beautiful and kind and the road to him was bright with sunlight and sweet with the fragrance of flowers. Until it wasn’t. Until it became dark with shadows. Until the day he broke my heart. He was a dream that turned into a nightmare. And now, I’d do anything to get away.

Jacob
She was a job like any other job. Marry her. Have an heir. And in between all that, keep the world under my heel by any means necessary. I’d count myself lucky if I wasn’t covered in blood on our wedding day. As a girl, Gabrielle was as bright eyed and bushy tailed. That was until I took off the rose-colored glasses, broke them, and revealed who I truly was. Now, the woman is as vicious as a cobra, but when she forgets her place, like a benevolent king, I remind her. Her resistance goads me. Her words bite. She never counted on me biting her back. And I never counted on her tasting so good.... Rage became foreplay. Sex became life. And somehow, my job, she became an obsession. Gabriella made me lose control. She never should have stepped out of line, because now, I see her, and like everything else in my life, I won’t be satisfied until she’s mine in every way.

What listeners say about Cold-Hearted

The best thing about this book is Lance Greenfield!!! But he female lead is sooooooooo bad, it takes her 3 min to say 1 word. Even on fast speed.
The story is week and the female lead is way too childish…. Gotta get a refund😢