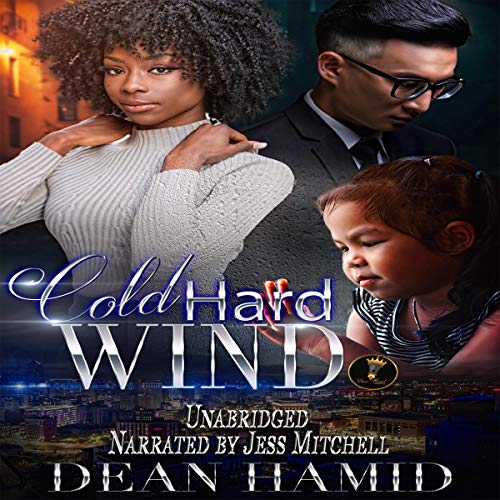 While growing up in a household with a father who verbally and physically abused her and her mother, Kim Rashell Williams was forced to fend for herself. To escape the turmoil she suffered, she buried herself in books and attained a higher education, resulting in her leaving behind the life she knew as a young girl. However, she still could not escape the lingering psychological damage inflicted upon her.

In college, she meets and becomes close with an Asian girl named Malana. She soon discovers that they endured the same childhood struggles. After graduating and becoming successful. Kim feels all of life’s drama is behind her. Until she receives a call from a distraught Malana one dreadful night.

Kim hurries to her house, but arrives too late. She finds Malana and her entire family except Malana’s daughter had been murdered. Along the way, she meets and falls for Lui. With his help, Kim steps up and confronts the cold-hard killers trying to take her out. Being the only known witnesses to the murders of Malana and her family, Kim and Malana’s daughter, Alika, are marked for death.

Knowing that the police, along with a deadly Asian gang, is connected to the crime, Kim has no clue who to turn to or how to keep her and Alika alive. Kim’s only option is to use her book smarts and what little street sense she remembers to protect them from Master Tran, the leader of the notorious Hip Chong Tong, and the corrupt police, without falling prey to Detroit’s...Cold Hard Wind.

After Kim leaves her troubled childhood behind, she attends college and meets Malana, who becomes her friend. Everything seems to be taking a turn for the better until Kim receives a call from Malana. When she arrives at their home, the entire family is dead, with only Malana's young daughter surviving. Kim tries to protect Alika and has been on the run from the killers ever since. But where to go when a gang is on her tail and the policemen are corrupt?

The case is exciting and well narrated, the writing style is fluid and I enjoyed the audiobook. I was a bit dissatisfied with the ending of the story, although it definitely fit the story.
What bothered me a bit was the designation of Asian as a language.

Jessica Mitchell narrated the audio book well, I was captivated from the beginning and had exciting listening hours.
I recommend the audiobook!

The book didn’t leave the reader waiting a long time for the suspense to start. Kim finds herself being in the wrong place at the wrong time when her friend calls her over, she ends up at her home only to find her dead. The narrator captured the mystery very well and was the perfect voice for this story. This isn’t my usual genre but the book had me gripped to see how it ended. I found the use of the term ‘Asian’ strange this could be because I am British. Overall if crime and suspense is your thing then you won’t be disappointed.

I really enjoyed this book. I was really captivated by the characters, who are illustrated in an unexpectedly colorful way. I learned quite a bit about Laotian culture and African American culture amid the backdrop of a rather intense story. The story is not for the faint of heart, but is interestingly realistic; if you've ever suffered family-based trauma, it will feel relatable in some ways. Good juicy sections. Loved it!!

Melissa and Inca are on the Ron Inka‘s coal family was slaughtered by an Asian gang who is leader want to know Loose Ends little does Melissa know she holds the key to the proof of his money embezzlement and involvement and motive for murder. This was a really clever book they had some really disgusting people in it but as they say when writing a play about demons you have to go to hell for the cast. I didn’t stop listening until it was over I was so into the book Ian there is so much more to this book besides being on the run those wanted love unwanted love who can I trust where can they go it is so good! I thought the narrator did an awesome awesome job. What a great book I highly recommend it!