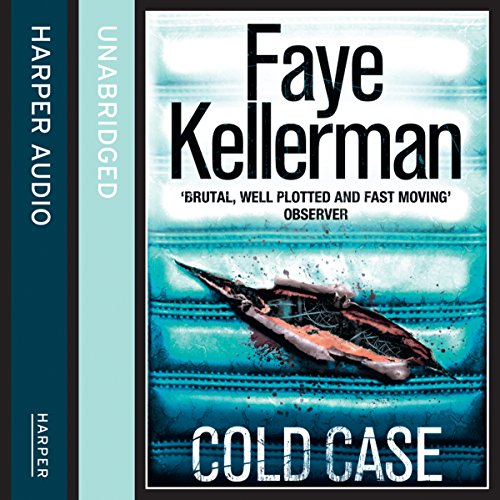 By: Faye Kellerman
Narrated by: George Guidall
Try for £0.00

The savage murder of beloved teacher Bennett Little shocked a community and baffled police. That his killer was never caught has haunted one of his pupils in particular, the gifted but shy Genoa Greeves.

Eighteen years later, software billionaire Genoa reads of a similar carjacking and murder in Hollywood. Now able to wield enormous influence, she pressures the LAPD to direct Lieutenant Peter Decker to re-open the case and solve the homicides.

With Decker facing nothing but cold trails and dead leads, he enlists the help of his daughter, Hollywood detective Cindy, as well as Rina, his wife. It's a decision he may come to regret as the line between cops and robbers gets dangerously blurred. Now Decker's cold case is re-awakening treacherous secrets in a city where the price of fame has no limits…

l couldn't put it down - kept wanting to know what came next! truly engrossing

Who Dunnit? Who Knows? Who Cares?

What disappointed you about Cold Case (also known as The Mercedes Coffin)?

A poor offering from one of my favourite authors. I was very disappointed with the whole layout, not quite what the blurb offered. It took me nearly a fortnight to labour through this dead end novel, when it usually takes me two or three days to finish an audiobook. No action, just cops sitting around guessing what might have happened, incomplete unhelpful witnesses with no redeemable qualities, and a confusing bunch of characters that I could not care less about.......need I go on?

Would you ever listen to anything by Faye Kellerman again?

I don't know if I could be tempted by another Faye Kellerman offering. I felt that this Decker novel was incomplete and rushed.

The narrator was tediosity personified. All the characters sounded like half asleep gangsters. A monotone trip to snoresville.

What character would you cut from Cold Case (also known as The Mercedes Coffin)?

Oliver had nothing to offer, despite graphic descriptions of his outlandish apparel, he was quite surplus to requirements.