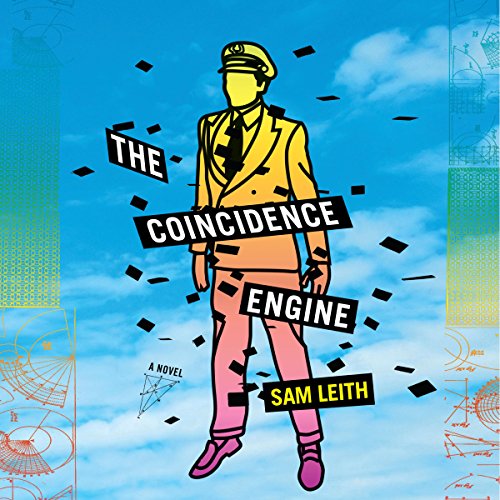 A hurricane sweeps off the Gulf of Mexico and, in the back country of Alabama, assembles a passenger jet out of old bean cans and junkyard waste. This piques the interest of the enigmatic Directorate of the Extremely Improbable. Their fascination with this random event sets into motion a madcap caper that will bring together a hilarious cast of characters, including an eccentric mathematician, last heard of investigating the physics of free will; a lovelorn Cambridge postgraduate who has set off to America with a ring in his pocket and hope in his heart; and a member of the Directorate with no capacity for imagination. What ensues is a chaotic chase across a fully realized, hyper-real America, haunted by madness, murder, mistaken identity, and conspiracy.

The Coincidence Engine is a lively, boisterous debut that heralds the arrival of a major new talent.

"A tremendous novel—droll, savvy, original. An invigorating blast of fiction." (William Boyd, author of Any Human Heart and Restless)

What listeners say about Coincidence Engine

The story has a great premise and starts off well, but the plot sags a lot towards the middle and end. I get the impression that the author wasn't entirely sure whether he was aiming for quirky humour in the vein of Douglas Adams or a more serious novel with deeper philosophical themes, and as a consequence doesn't quite hit either mark, resulting in a confusing story that's tonally all over the place. Nevertheless there are some interesting concepts here even if many are underdeveloped, and it's a moderately entertaining read. Unfortunately, the Audible narration is dreadful and really lets the book down. The narrator's voice isn't suited to the narrative style, the acting during dialogue sections is terrible, and American characters constantly switch between (a very poor imitation of) a US accent and a British one, often mid-sentence. Several parts I felt would have been funny or clever had I not been too distracted by the narration to be able to appreciate them as much as they deserved. Get a physical or ebook version instead so you can enjoy the story properly.