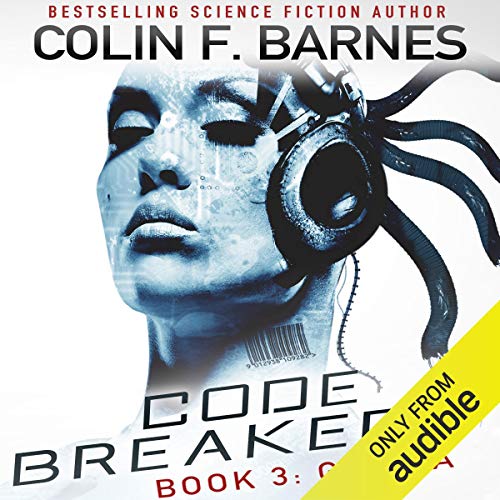 The third instalment of the best-selling cyberpunk series.

How much sacrifice should anyone have to give? Petal and Gabriel are forced to decide, as the mad, digital entity Elliot Robertson is determined to dominate the world. His influence, spread by an insurgent group, The Ronin, seeks to control and enslave the last of humanity. With time running out, Petal and Gabriel must travel to the far reaches of the abandoned lands in order to repair a server they believe will be the key to defeating Elliot and his Ronin. All the while, Petal has a ticking time bomb inside her head: Gerry Cardle's uploaded consciousness. The code of which is mutating, but to what end? Together with their few allies, Petal and Gabriel must face either victory or total annihilation.

In this third book of the series. Pedal and Gabriel set out on a quest to repair a server needed to separate Gerry's and Pedal's minds and to stop the The Ronin from taking over Libertas.

This book was pretty much non-stop action. The author took a strategy of making you think one thing would happen, only to make it go horribly wrong and put the characters in further peril. It is a much more dark and serious tone for the main characters. Ultimately though it pays off in the end and at least a few of the well known characters get some resolution. Most everything made sense to me except it wasn't fully fleshed out on free will vs. computer-controlled actions when it came to the Ronin, nor did I fully understand why a server couldn't be replaced with identical parts. I'm looking forward to seeing how the story plays out in the next book.
As far as narration, great as always.