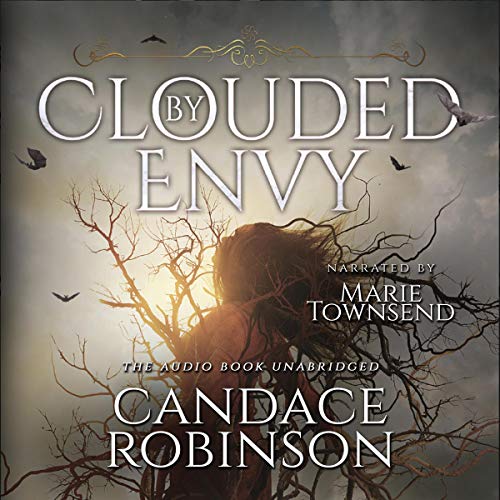 Sometimes, the very thing you wish for, is your undoing....

Brenik has always been envious of his twin sister Bray. Everything always came naturally to Bray, even after crossing through a portal from their fae world, while Brenik spent his time in her shadow. So, when Brenik discovers a way to get what he has always desired - to become human - he takes it. However, the gift turns out to be a curse that alters him in ways he never saw coming.

Bray can't help but be concerned for her brother, more so when he vanishes. While waiting for Brenik to return, she meets two brothers who realize she is not the least bit human. Her dark, bat-like wings are proof of that. But somehow, an aching bond forms between Bray and the older brother Wes.

When Bray reunites with Brenik, she finds an overpowering need for blood stirring deep within him. If Bray doesn't help Brenik put an end to his curse, it will not only damage those who get close to him, but it could also destroy whatever is blooming between her and Wes.

Perfect for fans of Holly Black and Sarah J. Mass.

What listeners say about Clouded by Envy

Vampires, Bats and Zombies, Oh My!

Vampires, bats and zombies… oh my! This isn’t necessarily a retelling but it has some really great elements from The Picture of Dorian Gray. I started this trilogy a little out of sequence with Book 2 and finally had the pleasure of listening to the novel that started it all.

Bray and Brenik are twins escaping the world of Laith and ending up on Earth. In Laith they are known as Bats but to us they look like Fairies (just don’t tell them that). Bray has a kind heart and is always looking out for her brother Brenik. Brenik is a jealous sibling who wants the spotlight and attention feeling belittled and looked over most of his life. Typical sibling rivalry? Possibly, but when Bray displays a power that Brenik does not have he demands to have his soul’s desire fulfilled. Be careful what you wish for though.

I read the other two novels and loved them! I had the ability to listen to this one on audio and had to take a moment to adjust to the narration. I think the way I read the other novels didn’t connect to the way I heard this one. The tone used for the males was “guttural” and didn’t flow well. I did like Bray and how she was read though. I think the narrator connected with that personality better than the male figures in the book.

I am so book-nerd thrilled to be caught up on this trilogy. Thank you to the Parliament Press and Candace Robinson for the opportunity to listen to and review this audiobook for an honest and unbiased opinion.

A great series starter and unique audiobook! I was really impressed with the author’s creativity and ability to take a story and turn it into something so magical. The characters were well thought out and consistent, and I loved both Bray and Brenik! I also really enjoyed the Bittersweet moments and how complex the emotions are between siblings especially. I also loved the reflection, and competition between light and dark.