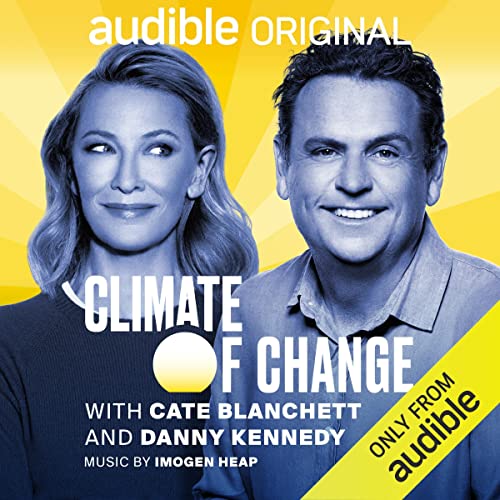 Climate of Change with Cate Blanchett and Danny Kennedy

Listen to clips from the podcast

Helping millions of people get electricity

Livia Firth on what drives her 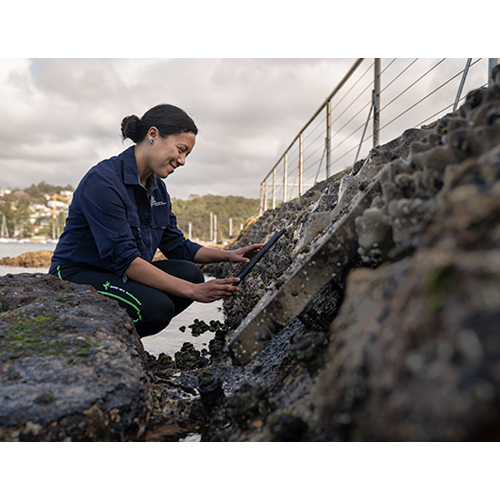 An Australian project designs, constructs and fits habitat panels to artificial sea walls that have been installed to protect against coastal erosion.

Associate Professor Katie Dafforn says: Marine life loves these habitat panels. We've seen fish arriving within days. And then within weeks, seaweeds and invertebrates starting to grow on them. 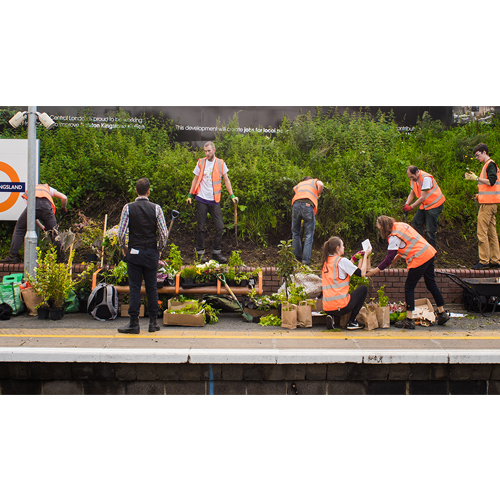 Created by a community-run biodiversity project, CEO Agamemnon Otero says: My vision… is to transform urban spaces, to create education and renewable energy, but it can only be done as a collective action. 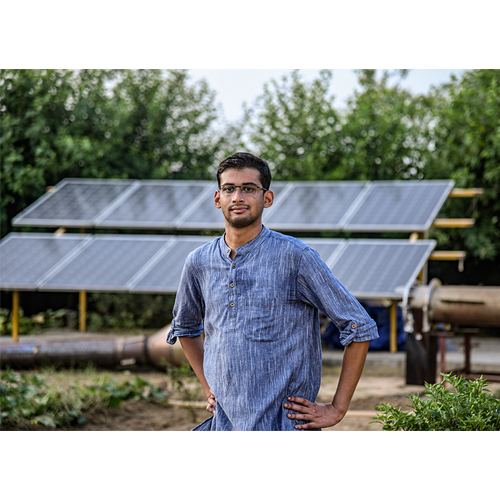 Burning stubbles stubble off crops is one of the causes of air pollution in India, and it’s particularly bad in Delhi. Takachar's clean air solution is a small scale, low-cost, smoke-free machine that latches behind tractors or trailers creating fertiliser as a by-product.

We hope to deploy 200,000 systems that will be able to prevent up to 2 million tons of smoke emissions in 10 years’ time, says co-founder Vidjut Mohan. 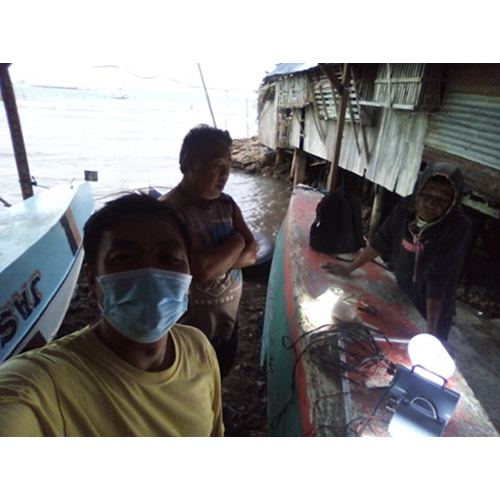 Fisherfolk in the Philippines use bright light to attract fish but also to stay safe in small boats in unpredictable weather.

Jeraiza Molina, co-founder of Shiftech Marine, explains: The idea is we have power tubes. It is a power pack filled with battery power cells. So, fisherfolks can use it to power the lights that they use while out night fishing. It's not heavy, it's inexpensive and made for sea-use but most of all, it's recharged via clean energy. 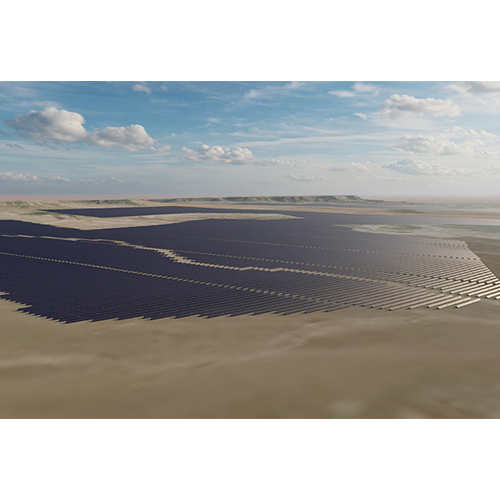 The sun has always been a source of power and a tool. And… we've always utilized it says Brett Isaac, founder of Navajo Power.

Their focus is on providing clean solar power for the communities of Navajo Nation, a Native American territory, replacing the use of coal, while preserving and protecting the land’s natural formations.

The 2020s will be the fastest, deepest, most disruptive decade in history, in energy, transportation, food and agriculture information and materials. With cascading ripple effects across all sectors of the economy, from finance to healthcare.

Cate Blanchett
An internationally acclaimed, Academy award-winning actor, producer, artistic director, and humanitarian, Cate is a Global Goodwill Ambassador for UNHCR, the UN Refugee Agency, and a lifetime member of the Australian Conservation Foundation. Cate is a strong supporter of the Australian Wildlife Conservancy and received a Crystal Award at the World Economic Forum in Davos for her work with UNHCR. In 2012, Cate was awarded the Chevalier de l’Ordre des Arts et des Lettres by the French Minister of Culture and has presided over the festival juries in Cannes and Venice. She has received Honorary Doctorates of Letters from three universities as well as the Companion of the Order of Australia in the General Division in recognition of her continued advocacy for the arts as well as humanitarian and environmental causes.

Currently, Cate is in pre-production for the Apple series Disclaimer directed by Alfonso Cuaron, in which she will star and executive produce. Recently Cate wrapped production for the Todd Field-directed feature Tar, in which she will also star and executive produce, as well as Del Toro’s Pinocchio. She stars in Guillermo Del Toro’s Nightmare Alley, as well as Adam McKay’s film, Don't Look Up. Alongside Andrew Upton (with whom she was co-CEO and Artistic Director of the Sydney Theatre Company from 2008 - 2014), she is the co-Founder and Principal of film and television production company Dirty Films.

Danny Kennedy
Danny is CEO of New Energy Nexus, connecting entrepreneurs to capital to build an abundant clean energy economy that benefits all. NEX is a platform organisation for funds and incubators, with chapters in ten countries. He oversees the CalSEED.fund for early-stage companies in California plus the CalTestBed initiative with the University of California. He is an adviser to Young Greentech Entrepreneurs in China with the Asia Society and is Chair of the Board of Third Derivative, a program with RMI building the world’s largest climatetech accelerator.

Danny co-founded Sungevity in 2007, the company that created remote solar design, and Powerhouse, an incubator and fund in Oakland, CA. He was the first backer of Mosaic, the $3B solar loan provider, and remains on the Board of Powerhive, a solar utility in Kenya. He was a founding Director of Sunergise, out of Fiji and EnergyLab Australia. He is a Director of the Epic Institute and an adviser to Solar Philippines. He authored Rooftop Revolution: How Solar Power Can Save Our Economy – and Our Planet – from Dirty Energy in 2012. Prior to being an entrepreneur and investor he worked at Greenpeace and other NGOs on climate & energy from 1989.

A documentary with a stunning soundscape

Alongside the stories of ingenuity and resilience discussed in Climate of Change we hope you'll enjoy the soundtrack created by Grammy award-winning electronic music artist Imogen Heap and wildlife sound producer Dan O’Neill.


As a self-produced composer, recording artist and tech enthusiast for over 20 years, Imogen Heap has multiple awards under her belt, her own independent music label and three honorary doctorates. Never sitting still, she has developed music gestureware MI·MU gloves and an integrated digital ID solution, The Creative Passport, to empower music makers to be the change toward a fair and flourishing music ecosystem. She has released under-the-skin hits such as Hide and Seek for grown-ups to The Happy Song for babies, composed the music for the Harry Potter and The Cursed Child stage show and is currently building her own AI system.

Imogen is an artist’s artist, an entrepreneur, and a mother and is also an advisory board member for the Creative Industries Federation, a director of FAC and has collaborated with Ariana Grande, Taylor Swift, Jeff Beck, Nitin Sawhney, Jon Hopkins & many more.

He has since directed and presented a number of projects from finding snow leopards in the remote mountains of Central Asia and filming jaguars deep in the Amazon Rainforest, to traveling into the red zone of Mindanao Island, Philippines to learn the story of the world's most endangered eagles. To date, Dan’s digital films have accumulated millions of views across platforms. His new series Dan O’Neill Investigates launches summer 2022 on BBC Earth YouTube.

Dan founded the UK’s first touring wildlife film festival, Wilderland, which, after a sell-out UK tour in 2019, will return for autumn 2022. Furthermore, he is an advocate for increased LGBTQIA+ representation in STEM careers and wildlife television, for which he was named one of Attitude Magazine’s 101 Global Trailblazers in 2021. In 2022, Dan begins shooting his first international broadcast wildlife series, filming some of the world’s most iconic species across three continents.

Informative and inspirational, and definitely full of hope. Showing a way through the eco anxiety in an accessible and entertaining podcast. I can't recommend this enough.

I loved this series. It was highly (and gently) educational and gave me a renewed sense of hope and purpose.

Loved this! A really accessable listen, with interesting and insightful topics, on what is the most important subject of our time. Climate change.

Long on rhetoric and short on reality. So focused on emphasising positives that it’s dangerously complacent. It reminds me of the musicians playing on the deck of the sinking Titanic - very touching, very compassionate but useless when the bottom of the ship has a gaping hole in it.
Unless we quickly accept the simple fact that the human population exceeds our planet’s sustainable limit and find a way to curb our instinct to keep increasing the population overload, we will ensure our own extinction.

A couple of white people telling us what we should do! Mmmm everything about this is wrong. Privileged people preaching about how we ‘should do things better’

Sounds as bad as it actually sounds!!

I'd pay money not to listen to this

I'd pay money not to listen to this. My review needs at least 15 words.

I saw Danny give the best talk at NorCal Solar! Also what he has done with solar incubators. Nice to have a movie star friend helping him get the message to laypeople. Good interactions, even from a Prince! Solar saves the world!

Great pod! Some heavy hitters sharing their practical solutions. Keeps me interested and I want to hear more. I’m inspired to contribute my piece, too!

The podcast gives one hope for change that is taking place all over the world. And so lovely just to hear Cate Blanchett’s beautiful voice!

We all should do more to help out wherever we can to save our planet while we still have time.

A great podcast to give you hope and inspire you to do something as well!

Why the heavy Political Biase in the Podcast

I was interested in this topic, and wanted to learn more. I believe that this was the way the Podcast promoted. I found it interesting and informative. Until it became political. So it was hard to listen to because of the extreme "left is best" ideology. Their view is the world is terrible, goverment is the answer. My way or the highway. For being open to wanting change they as set in their ways. I just don't get it.

This made me so mad, that the only way I can respond to Audible promoting this. Is to talk with my pocket book and cancel my Audible Subscription.