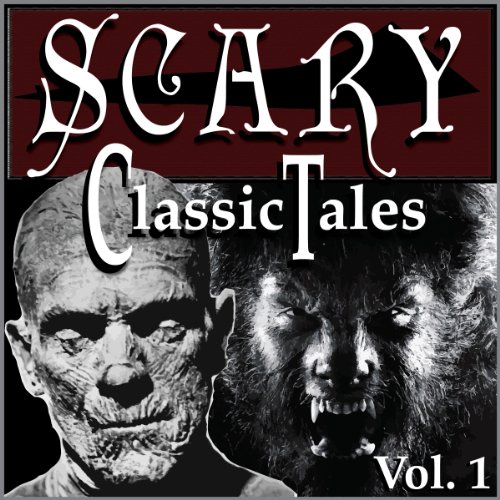 Vampires, Werewolves, Mummies, Ghouls, Ghosts and Mad Scientists. Written by some of the greatest minds of all time, and narrated by award-winning narrator B.J. Harrison. Come listen too Indian curses from a leprous albino. See a student of Alchemy take a secret draught of the elixir of life. Visit Count Dracula on Walpurgis Nacht. Follow Harry Houdini as he is kidnapped and trapped within the secret horrors of the Egyptian pyramids. Whether it’s the terror of a pit and a pendulum, a terrifying headless horseman, or midnight grave robbers, there is something here for everyone who wants to hear a classic scary story when the lights are down low.

Stories include: The Legend of Sleepy Hollow, by Washington Irving, The Mortal Immortal, by Mary Shelley, Young Goodman Brown, by Nathaniel Hawthorne, The Monkey's Paw, by W. W. Jacobs, The Vampyre, by John Polidori, The Mark of the Beast, by Rudyard Kipling, The Hand, by Guy de Maupassant, The Body Snatcher, by Robert Louis Stevenson, The Music of Eric Zahn, by H.P. Lovecraft, Dracula's Guest, by Bram Stoker, Rappaccini's Daughter, by Nathaniel Hawthorne, Lot No. 249, by Sir Arthur Conan Doyle, The Pit and the Pendulum, by Edgar Allan Poe, In Letters of Fire, by Gaston Leroux, Feathertop, by Nathaniel Hawthorne, Imprisoned with the Pharoahs, by H.P. Lovecraft, The Yellow Wallpaper, by Charlotte Perkins Gilman, Oh Whistle, and I'll Come To You My Lad, by M. R. James, The Horla, by Guy de Maupassant.

"I've been listening to these recordings on my commute home. They are perfect for this time of year as the leaves change and the fog becomes thicker. BJ's voice characterizations are amazing and entertaining." (Dani)