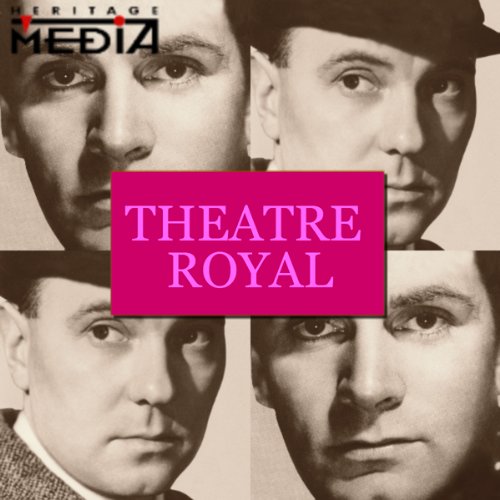 The inimitable Laurence Olivier and Alec Guinness lead this fully restored and remastered production from the Theatre Royal. Originally produced in the 1950s, this collection showcases the dramatic adaptations of H. G. Wells’ "The Man Who Could Work Miracles" and Robert Louis Stevenson’s "The Suicide Club". Guinness and company’s exaggerated and playful tones ensure the comedy of Wells' classic tale will not get by without its deserved laughs. And Laurence Olivier, one of the English world’s greatest dramatic actors, leads listeners right into the suspense and secrecy of Stevenson’s story.

Fully restored and remastered, Heritage Media presents the greatest of vintage artists in classic dramas from Robert Louis Stevenson and H. G. Wells. Here is the legendary Alec Guinness starring in ‘The Man Who Could work Miracles’ adapted from the original tale by H. G. Wells and Laurence Olivier starring in 'The Suicide Club' adapted from the original tale by Robert Louis Stevenson.

Theatre Royal is a unique series of classic radio dramas produced in the 1950s by the late Harry Alan Towers. Starring the leading theatre artists of the day it is the only series of radio dramas in which Laurence Olivier ever appeared. He was joined by Ralph Richardson, John Gielgud, Orson Welles, Robert Morley, John Mills, Michael Redgrave, Trevor Howard, Robert Donut, Alec Guinness and Margaret Lockwood.

If you like good old black & white TV
this is for you.
Takes you right back to the times
before computers took over drama.
This is straightforward acting relying on talent.

As for the story, a psychological drama of do or dare, only, be careful what you put yourself up for ! winning is not everything ...