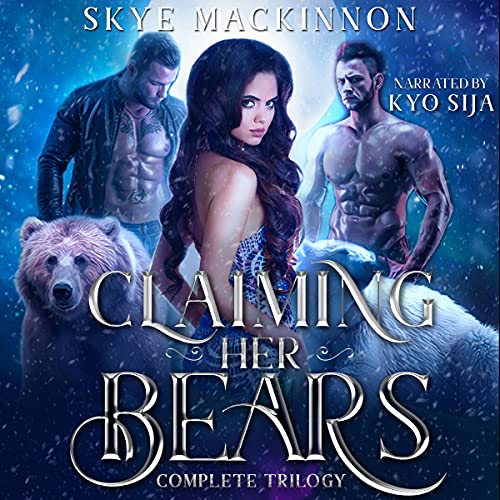 By: Skye MacKinnon
Narrated by: Kyo Sija
Try for £0.00

All three audiobooks in the best-selling Claiming Her Bears series, together in one omnibus for the very first time!

One young woman on the run from her abusive uncle. Four bear shifters prepared to take her in. A post-apocalyptic world full of mythology, magic, and hope.

Alone, frozen, and far from home, Isla finds herself in the care of four frustratingly sexy bear shifters. Together, they not only need to try to survive the disasters of a failing world, but also figure out why bear shifters have stopped reproducing. To save their species, Isla will have to sacrifice more than just her humanity.... But there is light at the end of the tunnel and who knows, there may be new life in their shared future.

What listeners say about Claiming Her Bears