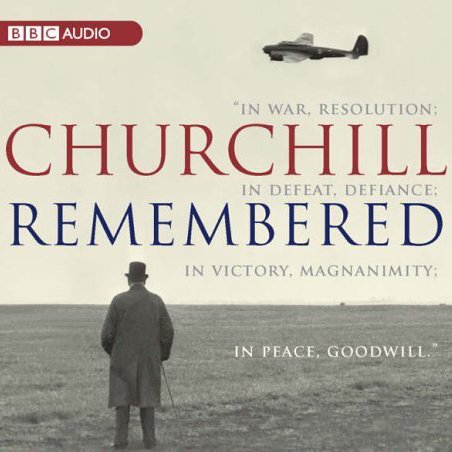 'We Churchills die at forty,' said Winston in 1908, 'and I want to put something more on the slate before then.' By the time he died in 1965, the slate was full. From his earliest days Churchill was an ambitious character, eager for action. He achieved fame and popularity through his dispatches from the Boer War, and in 1900 was elected MP for Oldham. Until the outbreak of war in 1939 Churchill was loved and loathed in equal measure. Critics and supporters alike recognised his vision, but often questioned his judgement.

In the thirties, his out-of-touch views on subjects such as Indian nationalism meant that his warnings on German militarism were not taken seriously. On the day Churchill took office as Prime Minister, Hitler invaded the low countries; by mid-June France had fallen. A lesser man would have been overwhelmed. Even his opponents do not doubt his greatness as a leader during the Second World War. But the 1945 election brought a shock defeat. Despite this setback, in 1951 at the age of 77 he returned to serve a second term as Prime Minister.

Churchill Remembered draws on a wealth of archive broadcasts by, among others, Robert Boothby, Violet Bonham Carter, Nancy Astor, Oswald Mosley and Churchill himself, and encompasses the whole of his extraordinary life. This is a fascinating and illuminating audio portrait of the life and career of one of Britain's greatest leaders, recounted by those who knew him and in his own words.

More than a spoken book

The distilled essence of Churchill in two hours. This radio programme romps through his life, bringing in key witnesses to give us an inside view. The only criticism - I wish it was three times longer.

Inspired by a Great Briton

I have always been facinated with the history of Churchill before WWII and this book did not disappoint; whilst a slow start with a bit too many interviews from his time at school, it soon picked up and I was riveted. A fantastic insight into a complex character who was obviously the right man at the right time in our darkest hour. The Narration was excellent, but I would have enjoyed more of the famous speeches. Highly recommended.

Thoroughly enjoyed this anicdotal account of Churchill during the war years. It has actual recorded interviews with many who served with or for him and thus, is an accurate account at close quarters of the great man.

The narrator is well chosen, having made his name in The Jewel in the Crown tv series and since done lots of narration on documentaries, radio programmes and audiobooks. The content of this summary of Churchill’s life is well-balanced, so that it packs in enough information to fill a much longer audiobook. It is very well edited with excerpts of original broadcasts from the time, including parts of key speeches such as the announcement of the war, alongside retrospective interviews of Churchill contemporaries. So wonderful are these recordings in fleshing out the story that one wishes the BBC would do more to put its historical sound archive onto longer digital audio programmes in unedited form.

Yet for the purpose of this short programme, everything is well chosen in order to present a very balanced portrait of Winston Churchill as a man, including his faults and shortcomings as well as his pivotal role as the wartime leader whose eloquent speech-making and rhetorical flourishes galvanised and embodied the fighting spirit of imperial Britain after the collapse of its allies and until the entry of the Soviet Union and United States into the war. There is very little in his long career, in terms of events, and connections to other countries, which has been left out, in spite of the relatively short length of this audiobook. In summary it was a delight to listen to and I highly recommend it to anyone interested in Churchill, the British war effort or any of the films about the war that have come out recently.