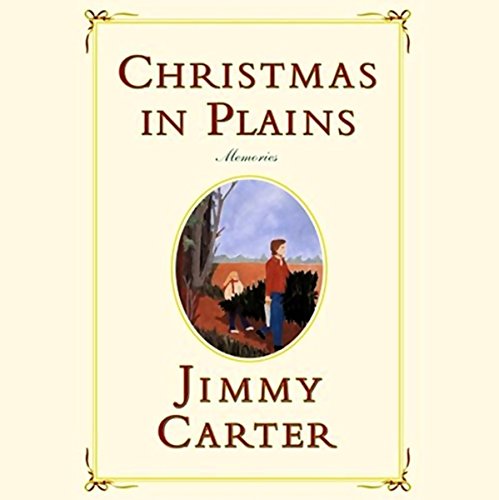 In a beautifully rendered portrait of very special Christmases, Jimmy Carter begins by returning to his early years in Plains, Georgia, the village that enchanted listeners of An Hour Before Daylight, which the New Yorker called "an American classic." He remembers with humor and tenderness the Christmas days of his boyhood.

With only one exception in the following 48 years, the Carters have always been in Plains on Christmas Day. In 1980, with Americans held hostage in Iran, Jimmy, Rosaylnn, and Amy went by themselves to Camp David and felt lonely. At Amy's suggestion, they invited the White House staff and their families to join them and created their own version of Christmas in Plains.

Jimmy Carter has written another American classic in the tradition of Truman Capote's A Christmas Memory and Dylan Thomas' A Child's Christmas in Wales.

"Engaging vignettes...The message illustrated throughout could not be more timely. [It is] comforting and inspiring." (Publishers Weekly)

What listeners say about Christmas in Plains

This has turned into a holiday favorite! It was a wonderful mix of traditional reminiscences, Presidential history, and southern local color. The narration by President Carter is charming and is great pre-bedtime listening. My 18 year old and I loved it.

This Recording brought back memories.I was born in rural Alabama in the mid fifties and hearing Mr.President speak of southern black living and hard times truly was a delight. Thank You !!!!

Thoughful, but can be frustrating to listen to.

Jimmy Carter narrates this collection of memories of Christmases past. While his voice does not provide me with the most pleasant narration, there is something to be said for someone telling his own story in his own voice. This was a quick listen and I enjoyed learning more about Carter's life through his Christmas memories, which are touching, humorous and inspiring. Carter doesn't boast, but looks back on his life with reflection and gratitude. Regardless of your political persuasion, this is worth some of your time during the holiday season.

The former President has written a new Christmas classic.