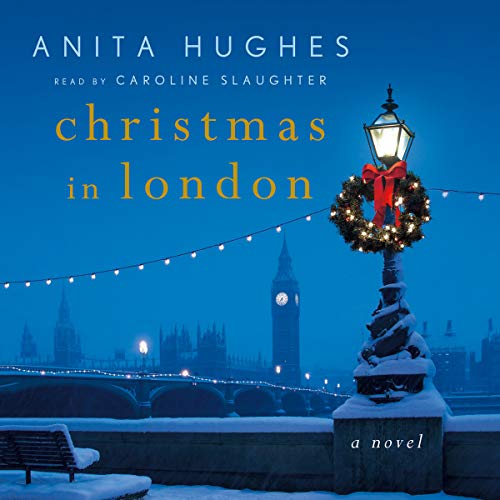 By: Anita Hughes
Narrated by: Caroline Slaughter
Try for £0.00

Set during London's most festive time of year and filled with delicious food, Anita Hughes' Christmas in London is about love and friendship, and the season's most important lesson: learning how to ask for and give forgiveness.

It’s a week before Christmas, and Louisa Graham is working 12-hour shifts at a bakery on Manhattan's Lower East Side. When a young cooking show assistant comes in from the rain and begs to buy all the cinnamon rolls on her tray, she doesn’t know what to do. Louisa is just the baker, and they aren't hers to sell. But the show burned the rolls they were supposed to film that day; so she agrees.

The next morning, Louisa finds out that her cinnamon rolls were a hit, but the star of the show was allergic, and the whole crew is supposed to leave for London that afternoon. They want Louisa to step in for their annual Christmas Eve Dinner TV special at Claridge's. It’s a great opportunity, and Digby Bunting, Louisa’s famous baking idol, will be there. Even if he does seem more interested in her than her food. And then there’s Kate, the show's beautiful producer.

On their first day in London she runs into the skinny boy she jilted at St. Andrew's in Scotland 10 years ago. Now he’s a handsome, brilliant mathematician, and newly divorced. Their familiar spark is still there, but so is the scar of how they left things. Kate and Louisa are busy preparing for the show, but old and new flames are complicating their work.

What listeners say about Christmas in London

This book was very child like and the dialogue was so simplistic. Would not recommend for adults.

Good story but spoiled by narrator

The story was ok, a bit predictable in places but otherwise ok.

The story is of an American woman who is in London to do a tv show as a result of the intended star suffering an allergic reaction to an ingredient in something she ate. The accents the narrator used were sadly very bad. The upper class British accents were reminiscent of Dick Van Dyke in Mary Poppins and truly cringe-worthy and her attempt at a Scottish accent was worse. I wouldn't get another story narrated by the same person but would give another story by the author a go.

This book will make you hungry!

Great food descriptions and traveling highlights of real destinations. Louisa was so immature it was hard to like her. Kate was cool. Enjoyable curl up under a Christmas blanket and get lost in London luxury book

Narrator needs to learn the language.

The story is sweet, and sentimental. If you're an Anglophile you will really enjoy the fairytale version the author paints of London's beauty at Christmas time. Although the main character is just a bit too naive to be real, she is devoted to attaining her hearts