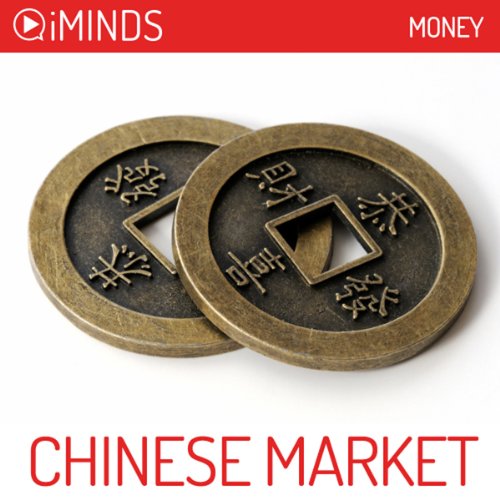 This overview of China's booming market is a useful introduction suitable for business travelers and others hoping to profit from the expanding economy. In clear if plainspoken tones, performer Emily Sophie Knapp discusses how China's market has changed in recent years, highlighting both the increasing demand for exports (particularly from the manufacturing sector) and the growing domestic appetite for middle-class goods. Listeners also learn about the various problems with China's economy, and government moves to increase investor confidence. Overall, a competent crash course, sprinkled with useful stats.

Learn about the Chinese market with iMinds Money's insightful fast knowledge series. China’s market offers unprecedented opportunities. It contains a population of over 1.3 billion in the world’s second largest and strongest growing economy. Through trade liberalization and the deregulation of its economy China has utilized its low cost labor advantage to dominate world trade in simple manufactured goods. With an average growth of 7-8% over the last decade China has been able to restructure its economy towards higher value added manufactured products. This has resulted in rapid increases in per-capita incomes. These increases may be illustrated by the increased share of electrical machinery, telecom, office machines and metals in China’s export mix at the expense of apparel, textiles, footwear and toys.

While initially driven by export growth, the increase in per-capita incomes has resulted in China’s domestic market becoming the major growth contributor for the first time in 2008. With currently almost 80% of urban households considered poor, this rising income is estimated to bring 300 million households into the middle class by 2025. Already considered “the world’s factory”, this rapidly emerging domestic market is expected to become the driver of world consumption. In order to supply its strong export sector and meet the demands of its domestic economy, China is becoming the key marketplace in the world economy.

Currently, China’s global trade exceeds US$2.1 trillion each year; it imports US$922 billion and exports US$1.19 trillion. The strength of its export sector, particularly in manufacturing, which accounts for 80% of exports, is illustrated by the US$268 billion surplus it holds with the US.

What listeners say about Chinese Market