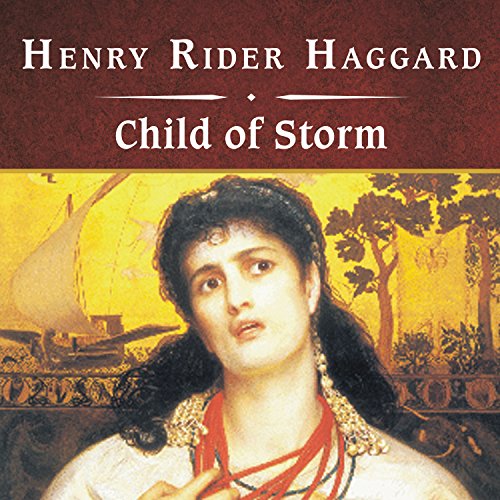 By: H. Rider Haggard
Narrated by: Shelly Frasier
Try for £0.00

Amidst the black veils and funeral orations of the Victorian Age, a literature of adventure - to outer space, to African jungles, to mythological kingdoms - was born. The genre was called "The Lost World", and Henry Rider Haggard, Knight Commander of the British Empire, was a chief architect.

In Child of Storm, Book Two of Haggard’s Quatermain series, Shelly Frasier’s dulcet voice takes the listener to Zululand, a kingdom of warring brothers in Southern Africa. Loosely based on historical fact, Child of Storm follows a prototypical Indiana Jones - the intrepid Englishman, Allan Quartermain - straight into trouble and the arms of Mameema, a beautiful pawn in the warring brothers’ game. This audiobook is perfect through headphones at the back of a funeral.

In this sequel to Marie, Allan Quatermain helps his Zulu friend Saduko in a crazy battle to win 100 cattle for the dowry of his love Mameena. However, the beautiful and mysterious Mameena, known as the "Child of Storm," seduces Allan and tries to engage him in marriage.

Fortunately, Quatermain sees through her witchcraft. The Zulu king declares Mameena a witch and sentences her to death for many offenses, including causing a civil war. The saga continues as she is granted one last wish that dramatically changes everything.

What listeners say about Child of Storm

The story would be very interesting to those intrigued by the Zulu kingdom and its relationship to the white settlers. It is filled with mystery and magic. I did not feel excitement or passion as I followed the protaganist, the white trader Alain Quartermain, through Zululand's political turmoil. Or sense the power the nyanga (medicine man) Zakali exerted over the native bantu people.

I enjoyed it none the less. Written in time of when slavery was prevalent. I felt Haggard's narrative of the Zulu nation was surprising respectful of their culture and intellect.

I highly recommend it to those fascinated by the history of southern africa.

This Dame Is Trouble...

Absolutely, it's a fantastic adventure novel with a healthy dose of history thrown in as well.

What was one of the most memorable moments of Child of Storm?

Saduko's final moments. So sad what wasted life he led.

Which character – as performed by Shelly Frasier – was your favorite?

Zikali. Kinda evil but so much fun to listen to. A great anti-hero/villain.

Just thinking about Saduko, who could have been a great leader if not for Mameena.