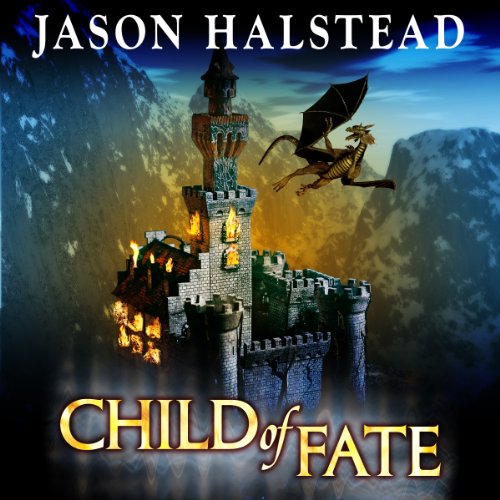 Child of Fate is audiobook 1 in the Blades of Leander series.

Early winters and distant cities make the northern reaches fit only for adventurous homesteaders. Alto is on the verge of becoming such a man when his father is ambushed by monstrous raiders from the mountains.

Determined to find help for his father Alto leaves his home behind and sets out with a group of adventurers tasked with learning the true nature of the raids. Help for his family grows more and more distant as the boy is swept up into a budding war with a neighboring nation and the threats of evil forces from the mountains.

A fiery-tempered princess from the eastern kingdom falls into Alto's hands by twist of fate. The fate of two nations rests in their hands, provided they can keep them off of each other's throats.