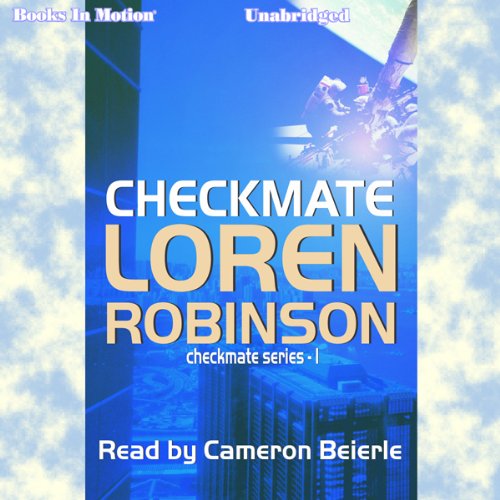 By: Loren Robinson
Narrated by: Cameron Beierle
Try for £0.00

Somewhere in the near future, cars are driven on electric highways and in the air on designated corridors at set elevations. Law enforcement agencies have been reorganized under new designations. International space stations have become small cities, but not quite self-supporting. Colonel Harmon Steele, test pilot for Garland Aviation and a NASA shuttle pilot, spends part of his time delivering supplies to the various stations. Terrorist threats have kept the country on alert, but when a space station blows up, the blame is put on the colonel.

Unable to prove his innocence at his trial, Steele is found guilty of murder. Steele knows who planted the bomb and finds himself in a chess match, trying to capture his opponent before Agent Krisler captures him.

What listeners say about Checkmate