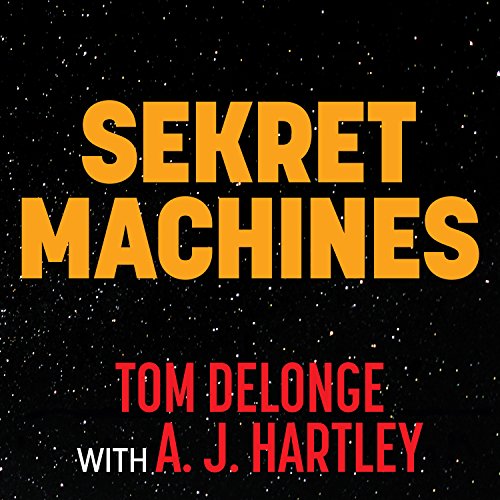 The witnesses are legion, scattered across the world and dotted through history, people who looked up and saw something impossible lighting up the night sky. What those objects were, where they came from, and who - or what - might be inside them is the subject of fierce debate and equally fierce mockery, so that most who glimpsed them came to wish they hadn't.

Most, but not everyone.

Among those who know what they've seen and are forever changed by it are a pilot, an heiress, a journalist, and a prisoner of war. From the waning days of the 20th century's final great war to the fraught fields of Afghanistan to the otherworldly secrets hidden amid Nevada's dusty neverlands - the truth that is out there will propel each of them into a labyrinth of otherworldly technology and the competing aims of those who might seek to prevent - or harness - these beings of unfathomable power. Because, as it turns out, we are not the only ones who can invent and build and destroy.

Featuring actual events and other truths drawn from sources within the military and intelligence community, Tom DeLonge and A. J. Hartley offer a tale at once terrifying, fantastical, and perhaps all too real.

What listeners say about Chasing Shadows

I would say stick with the music......but

OK I'll start with the positive, there's enough of a story here to keep you engaged and listening, some (like Tamikas') are rubbish, but there's a few stories that'll keep you interested. That said the dialogue is awful, people don't talk in real life like they do in this book, clunking, stale and cliched. And I know that this deals with some unbelievable subjects but some of the story lines stretch credulity. Take one of Tamikas' adventures, after describing climbing in through a window for what seems like an entire chapter she meets an elderly woman in a care home that conveniently pretty much spills the beans about everything she needs to know

leaves more questions than answers. I would go and see it as a film if they adapt it. Has all the best bits of UFO mythology

This is a really good story, weaving fact and fiction together to create a compelling story set around the phenomena..

I really enjoyed this book from start to finish and just couldnt wait to listen to it some more! For my first audible book, i was really impressed! Now its time for the next Delonge book!

such a great read . loved the way it was put together. the characters are great

listened to it in 3 days, couldn't get enough. Its terrifying and exciting. I dont think the world could handle it, that's why it's been kept a secret but living a lie isnt right either.

thought I'd give it a go but tbh the story structure was difficult to stay engaged with.

I've always been a fan of science fiction movies and television programs, but this is the first science fiction book I've listened to... Must say I find it a lot more captivating because I recognised so many parts of the story's references from documentaries, it all starts to make sense!

When you put the pieces together, Roswell, Bob lizar's story, the Nazi experiments, The Russians, the reverse engineering of the sport model to create the TR3-B, the black budget, that strange alien metal that responds to consciousness through touch and why scientist have had to adjust their view of classical physics to quantum theory when discussing the nature of reality and how it might not actually be what I appears to be. thus the secrecy and suppression of new discoveries and technologies.

all in all i found the book's content and the reader very easy to follow and listen to and who highly recommend this book to open-minded, sceptics and scientifically literate people looking to jog their imagination and to ask more questions.

I want the next book now!!!

couldn't stop listening, can't wait for the next secret machines book to come to audible!

Brings it ALL together.

Yes, highly. Whether they are into the mass of conspiracy theories this book offers or not, it is an interesting listen on it's own merit.

What other book might you compare Chasing Shadows to and why?

Gosh, any book that references Area 51, Roswell, alien technology, and government coverups. This one has it all!

Consistency, creativity and clarity. Had it all.

The Truth is Here!

This is a very sharp debut of what looks to be a powerful series. Clearly derivative in some aspects as it deals with material that has been widely covered. That said, this is a unique and fascinating take on this, and I enjoyed it a great deal.
Looking forward to the rest of the series. Recommended!

Too much filler material.

There's way too much filler material in this book. I'm on the 5th chapter now and I still haven't heard anything but details about people's personal lives. Driving to work and so forth. Regular every day military duty. Family arguments and problems. I bought the book to hear about conspiracies to develop Advanced Machinery buy International interests. As advertised. Why am I listening to a story about somebody who has to drive an old piece of junk car to work that spews blue smoke out the back. What does that have to do with the subject matter? If I wanted to read a novel I'd choose one by a reputable fiction writer.

Easily the best UFO related fiction I have read

This is easily the best UFO (UAP) related sci fi I have read, and to think it comes from a punk-rock rockstar. Cleverly mixes UFO lore with an engaging story that often hints at being based on real life events or situations. The only negative is the narrator does not do voices or put accents of the various nationalities of the characters. I recommend for any UFO (UAP) enthusiast, contemporary sci fi lover, or anyone who loved the X-files.

The reader was totally emotionally disconnected from the story. Technically fine, but robotic.

I'm intrigued enough to continue, but will try to find time for the book.

Aside from the gratuitous political correctness vomited on the reader at every opportunity...

Man, this could have been a really good book, but I’m so sick of hearing about how horrible I am because of the color of my skin, I don’t need to hear it when I’m reading to escape the nonsense of the day to say world.

This book has brought the magic of storytelling back to me. I almost forgot what a beautiful world can be created with the use of words and your own imagination and looking into someone else's I highly recommend this book for all types of readers!!

move the hell over star wars!

This is the notion of story telling has the potential to destroy all standing paradigms. It's concept speaks to an audience saturated with decades of lies, damn lies, and BS(belief systems?) disguised as the truth. I need the next iteration of the story YESTERDAY! Can't wait!

Very intriguing...Couldn't put it down

Sekret Machines: Chasing Shadows does an excellent job of using story-telling to introduce several intriguing concepts about our present day as well as our history that makes it difficult to put down.

I love the story of Tamika. Very exciting! It's fun following the dynamic of characters.

Although put in an entertaining story, there is no new information or conclusions that haven’t already been hashed out by other writers. If you are new to the genre, this might be interesting. If you have been studying this subject at all, there is nothing new to be found here. That’s probably my biggest complaint. This book is positioned as being different and revolutionary, when it is anything but. Since this is the first book in a series it feels like a money grab, intended to stretch the story out to sell more books.