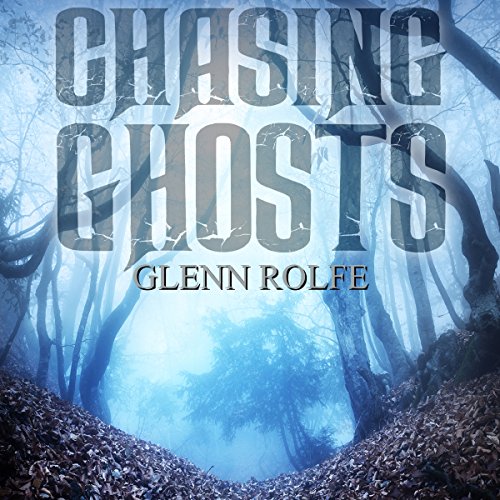 The Cobbs were ignorant woods-people that died off and left nothing to fear. Locals in Naples, Maine, think they know this story. But are they wrong?

Luke Howard and his mom move to Naples, and Luke’s eager to make new friends. When Jason and Davey invite him out to the abandoned Cobb place for a game they call “chasing ghosts”, he’s ready and willing. However, the boys will come to discover that some vacant houses are better left to die alone.

Meanwhile, a punk band set to play in a rented cabin out of town feel eyes upon them. Somebody’s watching but not their usual audience. When their lead singer strays too far from the group and disappears, his bandmates set out in the darkness to find him. Police chief Walt Henderson is about to discover that there’s more going on out in the woods of his town than he ever imagined. Chasing ghosts is more than just some children’s game.

What listeners say about Chasing Ghosts

Wasn’t the best. I was super confused as to why there were so many characters to keep up with in such a short story. The abundant characters took me away from the actual scary story. This definitely wasn’t as horrifying as I wanted it to be—it wasn’t even campy. It was just an average spooky story that didn’t deliver on the spooks. I don’t really agree with the random placements of curse words and derogatory terms. I don’t mind cursing and I understand that teens speak like that, but I just think it was overdone. I also feel like the author was explaining a story, not showing it to me. In terms of narration. I enjoyed the narration. Dave Hall read the story nicely; however, he didn’t command my attention as much as I hoped. I think I would check out more Glenn Rolfe stories, but I won’t be making it a priority, if that makes sense.