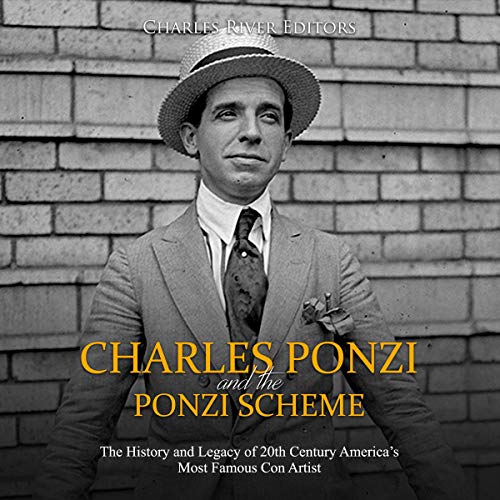 Charles Ponzi and the Ponzi Scheme

“I went looking for trouble, and I found it.” (Charles Ponzi)

Though few people are familiar with the story of his life, Charles Ponzi’s name is almost instantly recognizable thanks to the famous financial scandal named after him. This is somewhat ironic because, while his last name has become synonymous with financial scandal and many recognize how a Ponzi scheme works, some have argued that Ponzi really did not know what he was doing while it was taking place. When reading many of the books and articles written about him, it does seem as though Ponzi believed he would be able to pay back his investors at one point or another.

In fact, the scheme that Ponzi created was not a new one - it was historically known as “robbing Peter to pay Paul” - but Ponzi became famous for it because he was able to create a scam in this way on a massive scale. When he was finally caught, it led to the investigation and collapse of several estates and banks, and Massachusetts subsequently found itself in a banking crisis. Moreover, one of the most interesting aspects of the affair is that people from many different social backgrounds and classes were affected by Ponzi’s scandal. He took money from teenagers who had savings as low as $20, and he also took millions from New York City’s elite.

Ponzi’s scheme involved scamming investors by promising them a bigger return on their investments than was actually possible. Every investor’s money would just be put into a large pool to pay back past investors, and while Ponzi was hardly the first person to engage in such a scheme, the 1920s were ripe for this kind of financial conning. The Roaring Twenties became famous for frivolity, flappers, and Prohibition. Famously depicted in F. Scott Fitzgerald’s The Great Gatsby, life after World War I in America was a time of great spending, and people believed that it as possible for them to make great fortunes, no matter what their social background was. The rich wanted to be richer, and the poor believed that they could also attain a quick rags-to-riches story. This kind of climate was ripe for individuals such as Ponzi to make their mark on history, for better and worse.

Charles Ponzi and the Ponzi Scheme: The History and Legacy of 20th Century America’s Most Famous Con Artist looks at the elaborate fraud designed by one of America’s most notorious criminals. You will learn about Ponzi like never before.

What listeners say about Charles Ponzi and the Ponzi Scheme