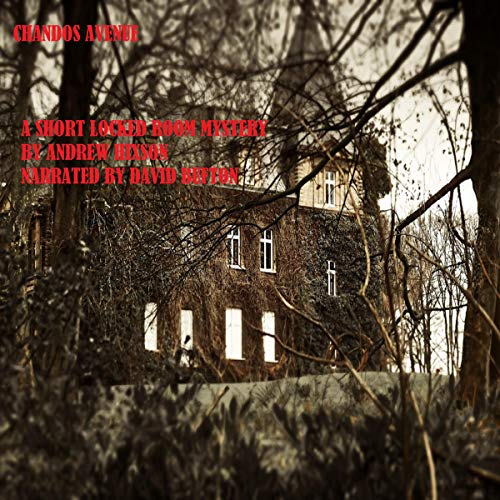 Chandos Avenue is a five-bedroomed house in one of the most sought after areas of Beodericsworth. Owned by Jason Barker, John Handful is slightly reluctant to answer a letter demanding his services by the Chairman of Beodericsworth Ornithological Society. Entering the strange world of bird-watching Handful is a little at a loss at his ability to help. He is apparently meant to consult on someone embezzling the society's funds and Jason Barker's reoccurring dream, of death, something not usually within his remit. The dream haunts Jason and only 24 hours after dismissing the bemused detective the dream becomes real. What ensues is a perplexing short story in which everyone is thrown into disarray and the mystery of secret lovers, flowers and a death that is not as it appears, slowly unfolds.

I received this book at my request in exchange for my honest review.
This book definitely had potential, but due to its short length, it was unable to fully deliver. The narration was good, and the plot definitely had the makings of an excellent novel. I just felt there was too much dumped into such a short novella, and made it hard for me to fully enjoy the story. If you are looking for a quick read that gets to the point quickly, this is a good book for you.

The narrator did a great job. Great short story, crime mystery, character development for main character but not for other characters. That was fine because of how short the story was.

Note: I received this audio-book for free with a request for an honest review.

Clever, entertaining little story with an interesting ending. Maybe a bit too concise; might have been better with a little more development of the characters and scenario. Narrator was good but not great; well suited to the material but maybe a touch too low-key.

Reminiscent of the greats. If you like murder she wrote , Agatha Christy or Columbo you will enjoy the story. Maybe over a nice cup of tea.